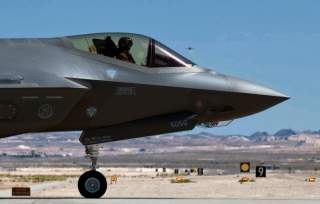 “For the past three-years Jeff Babione has served as Lorraine's deputy.  He has the skills and leadership necessary to continue the advancements we’re making in the F-35 program,” said Lt. Gen. Chris Bogdan, the Pentagon’s F-35 Program Executive Officer. “Our team looks forward to working with Jeff and his new deputy, Fred Ross, in their new roles.”

Babione is a seasoned engineer who previously worked on the Raptor program for most of its development during his twenty-three year career with Lockheed. He also oversaw the shutdown of the F-22 production line in 2012 before his eventual transfer to the F-35 program.

“Jeff is a seasoned leader who is uniquely qualified to lead the F-35 team through this critical phase of the program,” said Orlando Carvalho, executive vice president, Lockheed Martin Aeronautics.

Current Lockheed F-35 chief Lorraine Martin is leaving the program Jan. 1, for another position within Lockheed Martin of greater responsibility. Martin has been appointed to be the new deputy executive vice president for company’s Mission Systems and Training (MST) division. “I congratulate Lorraine on her new position.  Since 2013, we worked together on the F-35 program to deliver a world-class weapons system to the warfighter and improve Government and contractor relations,” Bogdan stated.  “I know she'll continue to succeed in her new position.”

The leadership shake-up comes as the F-35 team focuses on completing the jet’s on-going system development and demonstration effort while ramping up production. The program also has to support the U.S. Air Force in Initial Operational Capability date in 2016.