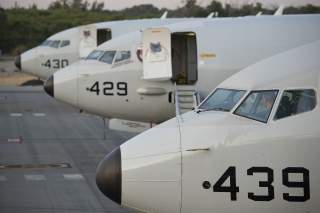 Additional details are emerging about President Donald Trump’s $109.7 billion arms deal with Saudi Arabia that was formally signed on May 20. Some of the big winners in the deal include defense industrial giants Lockheed Martin, Boeing and Raytheon among others. The massive arms deal had been in the works for the past two years and was coordinated via the U.S.-Saudi Arabia Threat-Based Security Cooperation Working Group.

Lockheed Martin garnered a substantial portion of the massive deal. Altogether, the company netted more than $28 billion from the Kingdom of Saudi Arabia (KSA):

- A Letter of Intent, between Lockheed Martin and Taqnia, to form a joint venture to support final assembly and completion of an estimated 150 S-70 Black Hawk utility helicopters for the Saudi government. The program supports work for more than 450 U.S. jobs including in Connecticut at Sikorsky and throughout the U. S. supply chain and also supports KSA's Vision 2030 by creating an additional 450 jobs in the Kingdom, developing local capabilities through technology and skills transfer, thus enhancing the U.S.-Saudi global security partnership.

- A Memorandum of Understanding between Lockheed Martin and Saudi Arabian Military Industries for the parties to work together to build defense capabilities in the KSA to support Vision 2030 and provide for localization efforts associated with Multi-mission Surface Combatants and Aerostats.

Meanwhile, Boeing also captured a significant portion of the deal, although the company did not list a dollar value for its share of the spoils. Perhaps more interestingly, Saudi Arabia will be purchasing the potent Boeing P-8 Poseidon maritime patrol aircraft. Boeing listed the following as just a portion of its share of the Saudi deal:

- Saudi Arabia’s intent to order P-8 maritime, patrol and reconnaissance aircraft, which are based on the Boeing 737 commercial airplane.

- A joint venture with the Kingdom to provide sustainment services for a wide range of military platforms. The agreement also supports Saudi Arabia’s efforts to grow its indigenous aerospace industry and ecosystem through its Vision 2030 initiative.

- A commercial registration certificate for the Saudi Rotorcraft Support Company, a newly formed joint venture between Boeing, Alsalam Aerospace Industries and Saudia Aerospace Engineering Industries with bases in both Riyadh and Jeddah that will provide support for both military and commercial helicopters.

- An agreement between Boeing and SaudiGulf Airlines to negotiate the sale of up to 16 widebody airplanes.

Raytheon did not offer a detailed breakdown of what exactly it will sell to Saudi Arabia under the deal, but most of the equipment is related to command and control hardware.

- The agreement will enable continued global growth for Raytheon in key market areas such as Air Defense Systems, Smart Munitions, C4I Systems and Cyber Security of Defense Systems and Platforms. This partnership will also contribute directly to the Kingdom of Saudi Arabia's localized defense ecosystem with regional expert capabilities, and will provide a long-term foundation for Saudi Arabia's economic development.

- As part of this new agreement, Raytheon today announced plans to establish Raytheon Arabia, a Saudi legal entity wholly-owned by Raytheon that will focus on implementing programs to create indigenous defense, aerospace and security capabilities in the Kingdom. The new company will be based in Riyadh and is expected to include in-country program management, supply and sourcing capabilities, improved customer access and centralized accountability. These programs will positively impact Saudi and U.S. economies including job creation.

Other defense contractors such as General Dynamics, Northrop Grumman, BAE Systems and others that have almost certainly gained substantially from the Saudi deal have not been as forthcoming. More detail will likely become available as time passes.