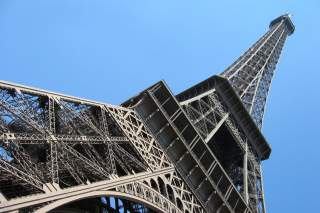 French presidential candidate Marine Le Pen called for the expulsion of all terrorist suspects from France Friday, in the wake of Thursday’s Islamic State attack.

Le Pen, the leader of France’s right-wing National Front party, has been the most hawkish candidate on security issues and is a known critic of France’s current immigration policies. She called for France to “immediately” take back control of its immigration and border security from the European Union. Karim Cheurfi, also known as Abu Yusuf al-Beljiki, was responsible for the attack, and was known to authorities as a radical.

“This war against us is ceaseless and merciless,” said Le Pen in an address, lambasting the “monstrous totalitarian ideology” behind the attack.

Thursday’s attack, which left one police officer dead and two wounded, occurred three days before France’s presidential election. French authorities previously foiled an ISIS attack Tuesday, though it is unclear if it is related to the Thursday shooting.

Le Pen is considered one of the top three candidates in the upcoming election. The two highest polling candidates will enter a runoff in May should no one take a clear majority.