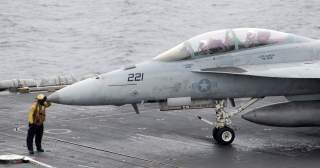 Like frustrated constituents at a town hall meeting, Pentagon officials Monday night expressed deep disappointment at Congress, for failing to do its job.

The men and women of the U.S. military give it all for their country, but can’t count on their government to provide stable funding, lamented Defense Secretary Jim Mattis in testimony to the House Armed Services Committee (HASC).

In his toughest language to date, Mattis — along with Chairman of the Joint Chiefs of Staff Gen. Joe Dunford and Pentagon Comptroller David Norquist — called on Congress to pass a budget for fiscal year 2018, on time.

“I need bipartisan support for this budget,” Mattis said of President Trump’s  $639 billion funding request for the Defense Department. That includes $574 billion for the Pentagon “base budget” and nearly $65 billion for overseas operations.

Mattis repeated what other defense officials during President Obama’s years have said over and over, the military’s combat readiness is eroding, weapon modernization plans are at risk, and still, the inaction continues. And he delivered a sharp rebuke:  “Congress as a whole has met the present challenge with lassitude, not leadership."

He then continued to pile on, observing that Congress has “sidelined itself from its active constitutional oversight role.”

The secretary reminded the committee that in nine of the past 10 years, Congress has enacted 30 continuing resolutions to fund the Department of Defense. When he joined the Trump administration, four years after retiring from active duty, Mattis said he was “shocked by what I’ve seen with our readiness to fight. … It took us years to get into this situation. It will require years of stable budgets and increased funding to get out of it.”

Mattis’ appearance before the HASC is the first of four consecutive Capitol Hill hearings this week where he will press the case for Trump’s 2018 budget proposal.

In the defense and appropriations committees where he will speak, Mattis finds mostly friendly audiences that support increasing funding for the Pentagon. Still, the 2018 request will not be an easy sell, for several reasons. National security hawks like HASC Chairman Rep. Mac Thornberry, have dismissed it for “shortchanging the military” and have floated their own budget plan of $640 billion for the base budget. Trump is proposing a more modest increase of $18.4 billion over the Obama plan, or about 3 percent. Moderate Republicans and Democrats have soundly rejected Trump’s budget because the defense growth is funded by cuts to nondefense agencies.

An even more daunting political impediment for the Pentagon is that its proposed budget exceeds by $52 billion the spending caps that Congress enacted in 2011 for defense and nondefense agencies. Almost every member of Congress wants to get rid of the caps but nobody has yet come up with a viable fix.

“The budget presented to Congress has no workable solution for sequestration. None,” declared Sen. Dick Durbin, the ranking Democrat on the Senate Appropriations Defense Subcommittee, at a hearing last week. “The budget proposes $500 billion in increases to defense over the next 10 years while dramatically reducing domestic programs by one and a half trillion dollars in the same period of time. This isn't serious.”

And therein lies the problem for Defense. Trump’s budget is going nowhere without some compromise over domestic programs and taxes. Mattis also has to hope that the deficit hawks — led by White House Office of Management and Budget Director Mick Mulvaney — don’t hold the government hostage to prevent higher spending.

The Trump administration’s request reduces the international affairs budget by $19 billion, or 32 percent; the National Science Foundation budget by 11 percent, or $766 million, and the National Institutes of Health budget by $5.8 billion, or 22 percent. The administration would eliminate export promotion agencies like the Overseas Private Investment Corporation and the U.S. Trade and Development Agency and cuts the Defense Nonproliferation Account by $147 million, or 7.4 percent.

“These reductions will make it more difficult for the United States to conduct the diplomacy necessary to prevent having to use military force to deal with security threats,” said Lawrence J. Korb, a senior fellow at the Center for American Progress.

Even military leaders have pushed back on Mulvaney-led efforts to cut the budgets of nondefense agencies that play important national security roles.

“The conduct of war is not just a military undertaking,” said Army Chief of Staff Gen. Mark Milley.

“We have to use not only our military forces, but we need the State Department, the CIA, the FBI, Commerce, and so on and so forth,” he told Senate appropriators at a hearing last week. “It's very important, I think, to have a whole of government approach to the conduct of war.”

Mattis has let it be known that he views the 2018 budget as the starting point of a multi-year military buildup, the details of which may not be revealed until the 2019 budget submission. Despite Trump’s erratic administration, the defense markets have remained optimistic about Pentagon spending going upward, in part because of Mattis’ dogged advocacy.