McCain's Showdown With the U.S. Air Force Over the A-10 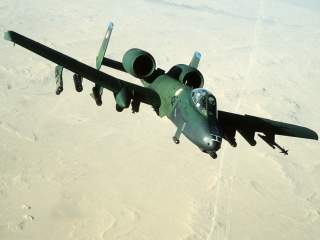 While the Air Force has finally conceded that the stealthy fifth-generation F-35 Joint Strike Fighter will not be able to replace the ungainly flying tank, the service still plans to retire the A-10 by 2022. In the Warthog’s place, the Air Force hopes to use the Lockheed Martin F-16 Fighting Falcon and the Boeing F-15E Strike Eagle—which are not as effective in the close air support role as the A-10.

“The mission capability of the A-10 will not be replaced by the F-35,” Air Force chief of staff Gen. Mark Welsh told the Senate Armed Services Committee on March 3. “We will do the work that the A-10 is doing today with the F-16 and the F-15E predominantly.”

“You have nothing to replace it with, General. Otherwise you would be using F-15s and the F-16s of which you have plenty of,” McCain said. “But you’re using the A-10 because it’s the most effective weapons system. This is really unfortunately disingenuous.”

Welsh tried to push back—he noted that the service had used both the F-15E and F-16 against ISIS. McCain, however, was not having any of it—calling Welsh’s testimony “embarrassing.” The senator noted—as numerous Air Force sources have repeatedly stressed—that there is no close air support aircraft remotely as capable as the Warthog. “Every Air Force pilot that I know will tell you that the most effective close air support system is the A-10,” McCain said.

Moving on, McCain also grilled Air Force secretary Deborah Lee James about the Russian-made RD-180 rocket engine. McCain asked James if she knew that at least two people associated with Russia’s Roscosmos are on the U.S. government’s sanctions list. He expressed his frustration when it became clear that James had no clue. “It’s public knowledge Secretary James that the company is Roscosmos that is selling the RD-180,” McCain said. “You didn’t know that?”