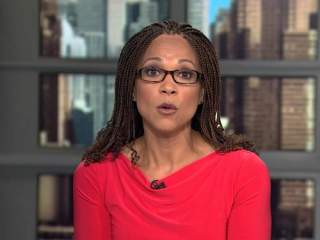 Melissa Harris-Perry is a fool.

On Friday, Harris-Perry circulated a letter she sent to colleagues on Medium, accusing MSNBC executives of deliberately wresting editorial control of her show while asking her to appear on an "inconsequential" weekend slot to "save face." By Sunday, Harris-Perry was out of a job. If it were anyone else I'd say she was a publicity hound, but up until yesterday, she had her own show. She had publicity. And she gave up her platform willingly.

Clearly she disagrees. Harris-Perry claims that the show was taken from her, that she was sidelined and that she would not be ". . . a token, mammy, or little brown bobble head." We don’t know if she was being treated in such a degrading way as she describes. The facts of the case are not immediately clear. There are only accusations of racism. And while that may be enough to be a story for two or three days, Harris-Perry has done damage that will last for years, both for her own professional prospects and others who aspire to be like her. Her message to fledgling black, female journalists is clear: if you even suspect that you’re treated differently in a job you may have to work twice as hard for, then stage a public temper tantrum and scream that life isn’t fair. Don’t take the high road. Don’t fight for your show behind closed doors. Don’t quit with dignity if you feel you must. Just yell "racism" and the sympathy will flow. This public display of unprofessionalism is lethal to young minority women who need concrete examples of coping with professional challenges. Harris-Perry is a prime example of what not to do, but I fear that young, idealistic media professionals will imitate her actions and make it more difficult for diversity to thrive in media.

The crux of Harris-Perry’s complaint is that her show was "pre-empted" or "sidelined." But consider for a moment that America is in the midst of an unprecedented election cycle, where Marco Rubio accuses Donald Trump of wetting his pants and Chris Christie endorses Trump in a single afternoon. It may be that in the midst of an election year where anything can happen (and already has), executives reserve the right to change course. It happens in media all the time. It’s not necessarily because of race.

If Melissa Harris-Perry is as sensitive to racism as she claims to be, then she must know that she has not only burned bridges for herself but has also made it harder for women of color to achieve what she has. Network executives may wonder if they will be accused of racism if they need to change a schedule on a black female anchor. Producers may hesitate to work with someone who may take matters into her own hands. In a single letter, Harris-Perry has resurrected stereotypes that journalists like myself and other women of color fight to keep underground: black women have attitude, are unprofessional, unpredictable and are difficult to work with. There are female minority journalists who fight racism and sexism every single day through their dignity, humility and stellar work. Their jobs just got harder because of Harris-Perry.

And what about the would-be minority guests on her show? The black and brown guests who struggle to find and audience or an outlet, and face visceral injustice on a daily basis? They lose out too. Even with a sidelined show, Harris-Perry still had a platform and a brand she could have used to continue conversations about race at a future date. That potential is now gone.

Racism is a serious and destructive force, responsible for inequality and injustice among black, Hispanic, Asian and many other minority communities. It’s not a bargaining chip in a professional disagreement. Harris-Perry learned that the hard way—let’s hope no others follow suit.