Memories of Manas: What Central Asia Taught America about Geopolitics 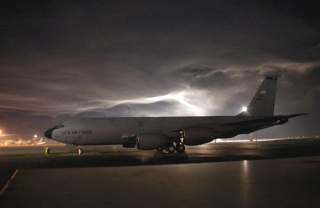 In 2001, shortly after the 9/11 attacks, President Bush asked for Russian President Vladimir Putin’s blessing to open two military bases in Central Asia. This was an act of both strategy and chutzpah. The bases would plant the US military squarely in the middle of what Donald Rumsfeld called the “arc of instability” of the greater Middle East. But the move was also a bold assertion of American influence in Russia’s Asian backyard. Surprisingly—in hindsight—Putin said yes.

On July 1 the lease officially expires on the Transit Center of Manas, Kyrgyzstan, the last remaining US base in the region. This date marks the end of an era in which the US, at the height of its post-Cold War power, sought to extend its geopolitical reach to a critical location bordering on Russia, China, Iran, and Afghanistan. The move was propelled by President Bush’s faith in the virtues of his Global War on Terror (GWOT), and the belief that no one could rival America’s power anywhere in the world.

From the vantage point of 2014, as Russia reasserts dominance over former Soviet territories and al-Qaeda-affiliated insurgents advance in Iraq, this self-righteous confidence seems quaint, if not delusional. But it took a few years until reality started pushing back against the Bush Administration’s grand plans.

When I worked as a translator on K2 Airbase—“Camp Stronghold Freedom” –in Uzbekistan in 2004-05, the troops and contractors I met were disappointed to have been sent to such an obscure destination, distant from the fight against the Taliban and only indirectly part of the GWOT. But they expressed confidence that the mere presence of the US was a force for good, especially in a country consistently rated among the least democratic in the world. President Bush reinforced this belief when he laid out his “freedom agenda” in his second inaugural address promising to end “tyranny in our world.” Viewed from a remote outpost of American power, there was no obvious contradiction between flaunting our military might and promoting our values.

That there was in fact a tradeoff became clear beginning in mid-2005. When the Uzbek government opened fire on peaceful protesters, the US was unwittingly drawn into a domestic political matter involving its terror-fighting but democratically challenged ally. The Bush Administration, unexpectedly, criticized its hosts and demanded an independent investigation—over the Pentagon’s objections. The Uzbek government responded by evicting the US, and K2 was history.

It was around the same time that President Putin began to have second thoughts about the American guests in Central Asia. Arguing that the war in Afghanistan was over and that the base at Manas was no longer needed, he pressured the government of Kyrgyzstan to shut it down. The Kyrgyz, however, saw the geopolitical and financial benefits of partnering with the US, and used Russian pressure as a bargaining ploy. In the end, Russia was rebuffed and the US agreed to increase its rent payments to Kyrgyzstan from $2 million to $17 million. This amount—and the fact that most of it would be siphoned off by the regime—seemed a small price for the US to retain a military foothold in Central Asia.

But this was not the only challenge Manas would face. After claims by a GI that she had been kidnapped in the Kyrgyz capital, US personnel were forbidden to leave the base. US military police shot dead a Kyrgyz citizen working on the base who was reported to be brandishing a knife. Russian TV, popular in Kyrgyzstan, began a propaganda campaign against the US promoting several conspiracy theories. Kyrgyz nationalist politicians jumped on the bandwagon, claiming US jets were dumping fuel on pristine pastureland in villages around the base.

Yet the US clung on, and Manas became even more important when Pakistan shut the Khyber Pass, the main supply line for NATO forces into and out of Afghanistan. The president of Kyrgyzstan bargained the rent up to $60 million in 2009. It was only after he was overthrown in a popular uprising that the new government—under pressure from Moscow—refused further negotiations and followed through on previous threats to close down the base.

Lacking more convenient alternatives—now that ex-Soviet states are off limits on Putin’s orders—the logistics hub for troops leaving Afghanistan was moved to Romania’s Black Sea coast. While not strategically central, operating in a NATO member state means avoiding the geopolitical rivalries and messy internal politics the US was unprepared to deal with in Central Asia. It also brings the US overseas military presence back in line with the realities of American power and public opinion. (Of course, the US still has over 600 military bases globally.)

Putin will cheer the departure of the Americans and the restoration of Russian influence in Central Asia, but it is not worth shedding tears over the end of Manas. The US military presence in Central Asia began in a different era, one of boundless confidence in America’s ability to shape the world in its image. But that goal was illusory, coming at a time of momentary international solidarity—Putin was the first leader to offer President Bush condolences over 9/11—after a decade in which US power was rarely challenged.

When the last traces of American forces in Central Asia disappear, there will only be the memory of a time, fleeting in the sweep of history, when the US took advantage of favorable geopolitical circumstances but was beaten back by forces it could not control: nationalism, protection of sovereignty, great power envy, and public opinion. This is not the first time Central Asians have seen the pretensions of empire surface only to recede, and it will probably not be the last. Nor is it likely to be the last time the US overreaches, gets humbled, and learns some valuable lessons--lessons destined to be forgotten when the US regains its swagger.

Scott Radnitz is an associate professor of international studies at the University of Washington.