Mission Impossible: Why Most Militaries Don't Build Their Own Jet Fighters 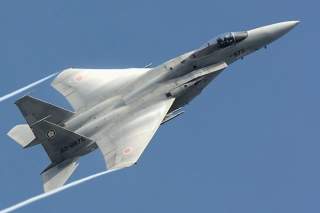 Recently, U.S. Defense Secretary Ashton Carter once again shot down South Korea’s request to transfer four key technologies for that country’s KF-X “indigenous” fighter project. The United States’ refusal to transfer those technologies highlights a fundamental problem with developing a homegrown fighter—most nations don’t have the technology to develop a jet on their own.

The technologies Korea wanted include the know-how to develop an active electronically scanned array radar, cutting edge electronic warfare systems, an infrared search and track system and an electro-optical targeting system. The U.S. also refused to help South Korea with a sensor fusion engine to tie all of those systems together into a single coherent picture for the pilot—all the keys needed to develop a modern fighter. Nonetheless, the U.S. is willing to transfer twenty-one other less important but vital technologies needed to build the KF-X—it’s just unwilling to transfer the crown jewels of American technology to anyone. Indeed, much of the technology for the indigenous KF-X will come from the United States—including its General Electric F414 afterburning turbofan engines.

But depending on the United States can be a major drawback for many countries—especially if they want to incorporate technologies from third parties or export those platforms. Using American technology means that Washington gets a veto—which it exercises often. Indeed, both Israel and Korea have discovered that the hard way on several occasions.

But it’s not just the United States—using any foreign technology generally means that a third party has veto on sales or modifications. Saab discovered that the hard way when the United Kingdom vetoed a JAS-39 Gripen sale to Argentina because the jet uses British technology. Incidentally, since the Swedes use so much American technology in the JAS-39—the United States also has a veto on Gripen sales.

If a nation does choose to develop an indigenous fighter with outside help from Russia, France or the other Europeans, that nation has to be aware that—like the United States—those powers are not going to share the crown jewels of their technology. While the French, Russians and rest of the Europeans are somewhat more generous in terms of technology transfer—they generally have to be in order to compete with the United States. But even then—Dassault, for example, will not just hand over the keys to the kingdom to India or anyone else.

The other option is to try and reinvent the wheel and develop a fighter from scratch. It’s a fool’s errand. Very few nations on Earth save for the United States, Russia, France and the Chinese—to an extent—have the capability to develop a completely indigenous fighter from the ground up. Developing the subsystems independently—particularly the engines—from scratch is an endeavor that can break the bank. The French Rafale is a prime example of this phenomenon.

Developing a new fighter taxes even the most powerful nations on Earth to the limit—with the exception of the Chinese who steal most of their technology from Russia and others. Even if a nation is willing to bear the crushing expense—most often indigenous subsystems end up being extremely expensive and grossly inferior to imported components. The Indians discovered that the hard way with their Tejas—which ironically had to replace most of those domestic subsystems with foreign imports.

The bottom line is that a country that doesn’t have a domestic military aircraft industry would be foolish to invest in the development of its own indigenous jets—not if that nation’s leadership cares even slightly about their taxpayers. It’s just not worth the price and there is little return on investment. At the end of the day, developing an indigenous fighter would be a vanity project rather than a military necessity for the overwhelming majority of countries.