Modi's Big Win: A Chance for Stronger Ties with America? 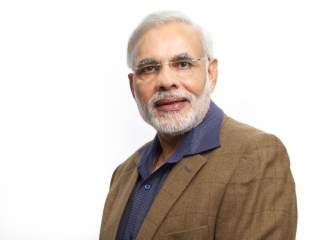 Two years ago, a Time magazine journalist described Narendra Modi as “the most polarizing politician in India.”  Today, Modi is emphatically the most powerful politician in India.  His election as Prime Minister has dramatic implications not only for his own country but also for politics on the world stage.

It is true that Modi has a controversial past.  Yet his sweeping victory in this month’s general election is evidence of broad appeal, not toxicity. Modi’s party, the BJP, took 282 seats in the lower house (the Lok Sabha), over six times the tally of the rival Indian National Congress.  Unusually for India, Modi could govern with a comfortable parliamentary majority even without the assistance of his coalition partners if he so desired.

What can outsiders expect from an India with an emboldened Modi at the helm?  Some fear that a chauvinistic brand of Hindu nationalism will come to characterize the policies and messages emanating from New Delhi.  Others anticipate a bullish foreign policy.  A majority seems to concur that the Modi administration will accelerate reforms to liberalize the Indian economy—and it is this latter expectation that gives the surest insight into how to engage with Modi’s India.

Modi’s hold on power will depend upon the delivery of tangible economic goods. India’s massive economy hungers for investment and overseas opportunities; its burgeoning population needs jobs, housing and commodities; and Indian officials are rapacious for public funds to spend on education, infrastructure and other developmental initiatives.  This political economy makes the incoming BJP government predictable in certain broad-brush respects when it comes to international organization.

Dependent upon liberalization and foreign trade and investment to take it to the next level of development, India has a reliable stake in maintaining an open economic order.  This is true even if Modi and other Indian leaders chafe at other aspects of the U.S.-led world system.  The challenge for President Obama and his successors in Washington, then, will be parlaying a mutually beneficial economic partnership into a more robust diplomatic entente.  Yet the challenge is too important not to take up.

Of all the states destined to play a leading role in global governance going forward, India is the most obvious target for a U.S. charm offensive.  India is the world’s biggest democracy and has the potential to be an engine of liberal capitalist growth in Asia.  India’s constructive naval relationship with the U.S. contrasts favorably with the intense security competition seen in China’s maritime neighborhood.

Unfortunately, Modi arrives on the world stage at an inauspicious time for U.S.-India relations.  The (perceived) mistreatment of Indian diplomat Devyani Khobragade, whom U.S. prosecutors accused of visa fraud, crystallized for many in India just how badly relations have deteriorated since the mid-2000s when Obama’s predecessor actively courted India as a strategic partner.  President Bush’s opening to India, the hallmark of which was cooperation of civilian nuclear issues even as New Delhi refused to join the international nuclear non-proliferation regime, was seen as significant mostly in the context China’s rise, with India considered an important geostrategic link in a chain of U.S.-friendly nations situated along China’s periphery.

Of course, certain structural problems militate against unfettered closeness between the U.S. and India: Washington’s complex relationship with Pakistan (which, in turn, is entwined with U.S. policy in Afghanistan) and India’s longstanding relationship with Russia mean that daylight may always exist between the two.  No change of leadership in New Delhi could alter these important geopolitical facts.

Nevertheless, Modi’s election offers an opportunity to reinvigorate U.S. foreign policy towards India.  Closely aligned economic interests offer a platform for cooperation that could mend and strengthen the bilateral relationship.  As such, even as Obama is preoccupied with how to deal with his recalcitrant interlocutor in Moscow, he would do well not to neglect New Delhi.  The U.S.-Indian relationship poses both problems and opportunities for Washington that simply cannot be neglected for much longer.