Is Moody's in the Tank for Hillary? 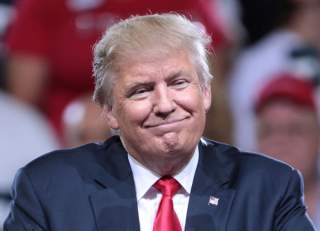 The credit rating behemoth Moody’s certainly has its claws out for Donald J. Trump. Its political model keeps predicting a Hillary win in November, and just last week, its economic model pronounced Trump a recessionary blight on the global economy.

In response, reporters from the Washington Post, New York Times, and New Yorker to CNN and Politico are all eating up Moody’s press releases with an undiscerning spoon. What the heck is going on here?

To answer that question, I took a deep dive into the Moody’s pool. There, I quickly discovered a fairly transparent ruse intended to advance partisan goals behind the Moody’s imprimatur of objectivity and respectability.

Consider, for example, the lead author of the Moody’s hit pieces Mark Zandi. He is a registered Democrat and “chief apologist” for the failed Keynesian policies of Barack Obama. Even more to the lack of credibility point, he is a major campaign contributor to Hillary Clinton – a fact that led MRC NewsBusters to opine: “Zandi's contribution to Mrs. Clinton is hard to square with the idea that he is genuinely independent and objective.”

Then there is this cynical ploy: Mr. Zandi is frequently described by the White House and Hillary Clinton as a “former McCain advisor.” The intention is to falsely signal Mr. Zandi must be a Republican and therefore must be objective. As Chip Reid of CBS News has lamented:

Whenever Zandi says something nice about the President's economic policies, the White House seizes on it: "See?! Even John McCain's chief economic adviser agrees with us!" They act as if that settles the matter. … I covered the McCain campaign and was briefed by McCain's economic team many times. Zandi was never involved.

As for Moody’s recessionary take on Trump’s policies, it is a poster child of “garbage in, garbage out.” Here’s a quick overview of the Moody’s economic report based on a more lengthy review I conducted for the Trump campaign.

The Moody’s analysis begins with a set of false assumptions about the Trump tax, trade, and immigration policies. That’s the “garbage in.”

The analysis then weaves an equally false Keynesian narrative predicting recession, significant job losses, stagnant income, and a massive increase in government debt should Donald Trump be elected president. That’s the “garbage out.”

For example, the Moody’s report falsely assumes the Trump tax plan will result in a “static cost” of $9.5 trillion in foregone tax revenues. In fact, the cornerstone of the Trump tax plan is revenue neutrality, with no “static effect” on tax revenues at all. Under revenue neutrality, none of the downstream negative effects predicted by the Moody’s report occur.

Similarly, on trade, the Moody’s report simply slaps a 45% tariff on Chinese exports and then assumes that China retaliates with its own tariffs. This causes consumer prices to rise and the economy to contract.

The far more likely Trump scenario is this: Chinese leaders realize they no longer have a weak leader in the White House, China ceases its unfair trade practices, American’s massive trade deficit with China comes peacefully and prosperously back into balance, and both the US and Chinese economies benefit from trade.

As a final immigration policy fiction, the Moody’s report erroneously assumes unemployed American citizens won’t be willing to do the vast majority of the jobs illegal immigrants are now doing and that most of these jobs are in agriculture. In fact, these assumptions are wildly out of touch with the diffusion of the illegal immigration population across America’s urban areas.

In this regard, the Public Policy Institute of California notes: “[M]ost illegal immigrants are not farm workers. They are also concentrated in construction, manufacturing (especially textiles and animal processing), retail trade (especially restaurants), and services (especially private household services).” These are jobs American citizens would gladly take.

Incredibly, the Moody’s report also fails to properly account for the significant reduction in fiscal, social, and law enforcement costs associated with Trump’s immigration reform package. As just a small piece of this cost puzzle, a Heritage Foundation study has found that “the average unlawful immigrant household” generates “an average annual fiscal deficit (benefits received minus taxes paid) of around $14,387 per household.”

It may be all well and good for Mr. Zandi and his co-authors to publish whatever partisan reports they want under the Moody brand. They might even have the approval of Moody’s top brass in doing.

Peter Navarro is a professor at the University of California-Irvine. He is the director of the documentary film Death By China and author of Crouching Tiger: What China’s Militarism Means for the World (Prometheus Books). www.crouchingtiger.net He is a policy advisor to the Trump campaign. For a copy of the complete analysis of the Moody’s economic report, click here.