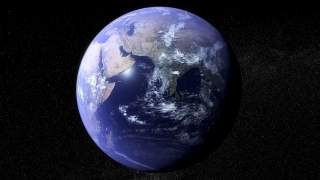 A large asteroid will pass uncomfortably close to Earth Wednesday, and there’s not much NASA could have done to stop it had it been on a collision course.

Humanity’s best option to stop the asteroid would have been a “Hail Mary pass” with a massive nuclear weapon, according to NASA scientists.

“I think that we would have tried very hard to launch an interceptor mission,” Dr. Joseph A. Nuth, a senior asteroid scientist at NASA’s Goddard Space Flight Center, told The Daily Caller News Foundation.

“Given the short time to impact this would most likely have been a mission that would target the asteroid on close approach,” Nuth said. “My guess is that the mission would carry the largest nuclear device possible and would try to both disrupt the body and slow its approach.”

NASA’s nightmare scenarios is an asteroid on an impact course with Earth. Nuth isn’t sure NASA could get a mission together in time to stop it. It could take five years just to build a spacecraft capable of the intercept.

“Given the short warning time, the mission might not work,” Nuth said. ” No design is available for such a mission so everything would be done ‘on the fly’ with little review or testing and probably no backup options. ‘Hail Mary passes’ do occasionally work however, so this attempt might work as well.”

There is no possibility the asteroid will collide with Earth, and the last time an asteroid of comparable size got this close was in 2004.

“This is the type of asteroid we should be worried about,” Lindley Johnson, NASA’s Planetary Defense Officer, told TheDCNF. “Not this one in particular, of course, since we spotted it 3 years ago and we now know that its orbit doesn’t put us in danger of an impact from it anytime for the foreseeable future. But even 3 years would have been too short of time to deflect it in space had it been of concern for impact.”

The asteroid’s orbit makes it very difficult to track, meaning a similar asteroid could sneak up on Earth. By the time scientists found the asteroid, it would probably be too late for an intercept mission to be launched, according to Johnson.

An asteroid the size of 2014-JO25 could devastate an entire continent if it hit Earth, even if it landed in the ocean.

“This asteroid is in the type of orbit, being highly elliptical, that is both hard for our current ground-based optical surveys to detect and observe it as it quickly whips through the inner solar system while near its closest distance to the sun, and is traveling at a relatively high velocity – about 33 kilometers per second,” Johnson said.

“It approaches Earth from the direction of the Sun, and our ground-based surveys can’t see it until it passes across Earth’s orbit and is headed back out to the main asteroid belt where it spends most of its orbital time,” Johnson said.

NASA and its European partners focus on finding objects of at least 459 feet in diameter, which are large enough to devastate whole cities. This means they occasionally miss very small asteroids capable of doing a lot of damage. Such a small asteroid barely missed Earth in February, just hours after scientists first spotted it. The asteroid got within 32,200 miles of the Earth,or about 7.6 times closer than the moon.

“Frankly, we don’t know how many more objects like JO25 may be out there in space, and that is why we need to improve our current NEO detection and tracking capabilities,” Johnson concluded.

Congress approved $50 million for near-earth object observations and planetary defense in 2016, up from just $4 million in 2010. Global asteroid detection programs found more than 16,072 near-Earth objects of all sizes, according to International Astronomical Union.

In recent war games, NASA and other federal agencies were unable to deflect a simulated asteroid on course to hit Earth with four years of warning.

The “city-killer” asteroid ended up land off the Southern California coast. Federal Emergency Management Agency (FEMA) personnel were forced to coordinate a simulated mass evacuation of the Los Angeles area to mitigate the damages of a potential tsunami.

In the event an asteroid does hit Earth, NASA’s Planetary Defense Coordination Office would work with FEMA, the Department of Defense and other agencies to coordinate disaster responses.