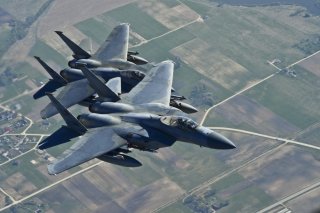 The European Union (EU) was never truly about economics. It was always a political organization. Actually, its primary purpose was to ensure peace and security for the continent. This was a major reason why the EU was generally tolerant of failures by member states, including several of the largest, to meet agreed-to targets on budget deficits and debt levels. The theory was that economic interdependence and a growing body of common laws and regulations would make it increasingly difficult for the nations of Europe to war with one another. Free trade, labor mobility and a common currency were all instrumental in the process of ever-closer integration.

For all its faults, the EU has been a remarkably successful organization. It is the world’s largest economy at about $18.5 trillion in 2014. It is the world’s third largest market at some 500 million consumers and by far its richest. One of the Union’s most notable achievements was the exporting of a common set of high standards for national political processes, judicial practices and bureaucratic behavior to the nations of Eastern Europe.

The decision of the British people to exit the EU does not mean the end of the union, but it does suggest that the fundamental assumption behind the EU was defective. As it turns out, economic integration and regulatory entanglements, even greater prosperity as a result of the common market, were not sufficient to trump nationalism and the desire of peoples for self-rule. It is ironic, therefore, that virtually all the news coverage and most of the commentary since the vote on Thursday has focused on the economic consequences of Brexit, both immediate and longer-term. Clearly, the majority who cast ballots in the referendum were not voting with their pocketbooks.

It is unclear how Britain’s departure will unfold. Nor is it certain that Britain’s exodus from the EU will be both the first and last. It seems clear that the project of building a united Europe has stalled, at least for the time being. So too has the further expansion of the EU.  Turkey’s accession continues to be held up by skeptical governments among the 27 member states, but also by that country’s difficulties in meeting criteria for membership. Just liberalization of travel between the EU and Turkey requires that the latter meet 72 specific benchmarks with respect to law, data collection, passport authentication, etc.

There have been several attempts over the past half century to place Europe’s security in European hands. First there was the Western European Union and then the EU’s European Security and Defense Policy, both of which excluded the United States. Whatever strides the EU made in economics, trade policy and the law have not been matched with respect to state security. Virtually no European country has been willing to place its security primarily in the hands of the EU.

There is only one organization now that unites Europe. It is the North Atlantic Treaty Organization (NATO). Sweden, Austria, Cyprus, Finland, Ireland and Malta are the only EU states which are not also NATO members. Turkey is one of NATO’s leading members. Most of the newly-democratic states of Eastern Europe wanted to be in the EU for the economic benefits but also a part of NATO because it provided them an assurance of peace and security.  Both Sweden and Finland, confronting the reality of an aggressive Russia, have begun to explore the possibility of NATO membership. Even France, which had left NATO military command in 1966, decided to return in 2009.

NATO is a security organization in which the UK has, since its inception, played a central role. It is more important today, in the face of Russian aggression and after the British referendum than ever before. In a few weeks, the alliance will hold a Summit in Warsaw. The focus of the exercise is particularly directed at bolstering deterrence of further Russian aggression in Eastern Europe. This is the task for which NATO was created some 67 years ago and one that the entire continent plus Canada and the United States find to have renewed relevance today.

However, contrary to the claims by some supporters of Brexit, NATO alone is insufficient to provide the required level and breadth of security Europe and the UK require. NATO is a collective defense organization; its fundamental purpose is to protect its members from external aggression, particularly by state actors such as Russia. It is the EU that provides the structures, legal regime and procedures that form a common security framework against threats such as organized crime and international terrorism.  In the best of all worlds, these two organizations work largely in parallel to protect their members from the full range of potential threats.

This story originally appeared in the Lexington Institute’s LexNext Blog