NATO vs. Russia: How to Counter the Hybrid Warfare Challenge 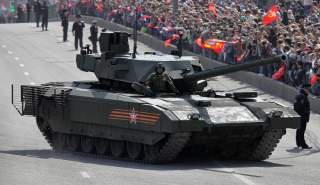 As NATO prepares for its summit in Warsaw, the leaders of the Alliance’s 28 nations will try to put a good face on what is clearly a deteriorating security situation on the Continent. Government officials, diplomats and military leaders are wringing their hands at Russian President Vladimir Putin’s apparent ability to run rings around the United States and its allies. In the space of two-plus years, Putin has occupied Crimea, destabilized the Ukraine, rode twice to the rescue of the Assad regime in Syria, extended de facto Russian control over large swathes of the Arctic, established military dominance over the Black and Baltic Seas and sought to undermine the political stability of fragile nations in Eastern Europe. On top of these activities, the Russian leader and his minions regularly threaten Western nations with the possible first use of nuclear weapons.  NATO leaders, current and former, are in a panic that Putin will employ tactics similar to those that allowed him to wage war on the Ukraine, including so-called “little green men,” to go after one or more of the Baltic States, daring the Alliance to come to the defense of its members.

Many observers see Putin as adroitly exploiting Western economic weakness, domestic political incoherence and weakening Alliance ties. To these factors some would add growing American war weariness and Washington’s seeming reluctance to stand by its traditional allies and against regional aggressors. The U.S. appears to be pulling back, weakening its security commitments and reducing its military capabilities. The rest of the world seems like fertile ground for Russia and others to practice the arts of coercive predation and limited warfare.

The West’s seeming inability to identify Russian maneuvers for what they are, assault by all means available, and to devise an effective strategy to counter Moscow’s aggression has led a number of observers to explain the problem as due to the Kremlin’s success in a new kind of warfare. The term of art being used is “Gray Zone Conflict.” As one analyst explained, this is “activity that is coercive and aggressive in nature, but that is deliberately designed to remain below the threshold of conventional military conflict and open interstate war.” A veritable cottage industry (or perhaps more of a Potemkin village) has grown up in academia and among think tanks around the promulgation of theories of thresholds in gray zone conflict, the appropriate application of non-military coercion and aggression, the relationship between forms of governments and decisionmaking styles and their penchant for using techniques for coercion and low-level aggression.

What is termed asymmetric, hybrid and gray zone conflict is classic state-on-state or even non-state actor-on-state politics and subversion that often were the preludes to war. Russia’s current campaigns to undermine U.S. and Alliance will to resist their activities in Eastern Europe are taken almost directly out of the Soviet playbook. The Soviets sponsored all sorts of terrorist groups and proxies (e.g., Cuban forces in Africa). Is that any different than Iran supporting Hezbollah and Hamas? Does anyone remember the Soviet political campaign to prevent the deployment of Pershing II ballistic missiles and ground-launched cruise missiles to Europe? We found out after the Cold War ended how deeply penetrated Western European political, administrative and security apparatuses were by Soviet and Eastern European intelligence services. But we are surprised that Moscow had been penetrating and subverting the Ukrainian government and military. What is new about all this? The answer is nothing.

If Vladimir Putin, the ex-KGB spy, can dust off his former employer’s playbook on subversion and coercion, then perhaps Western leaders should dig through their bookshelves for strategies from the same era that worked against Moscow.  Specifically, Western planners and decisionmakers need to resurrect the wisdom of the “Yoda of the Pentagon,” Mr. Andrew Marshall. It was under his leadership that the Office of Net Assessment developed an approach to competing against the Soviet Union at multiple levels and over the long-term. Beginning in the late 1970s, a period when the West appeared to lack cohesion, America seemed weak militarily and divided politically and the Soviet Union and its allies were on the march, Marshall developed the idea of Competitive Strategies.  Based on a few simple principles (the competition would be long-term, involve repeated moves and countermoves, leverage Western strengths against adversaries’ weaknesses, employ all assets and tools available and develop a coordinated campaign for influencing the opponent) the Competitive Strategies Initiative, formalized in 1986, sought to deny the Soviet Union plausible military options for attaining its objectives, counter Moscow’s techniques for coercion and aggression and exploit a range of economic, political, organizational and military weaknesses in the Soviet system to hold it at bay.

Whatever challenges the United States, Europe and the Free World face today, they pale in comparison to the difficulties confronting Vladimir Putin. Russia’s economy is weak, demographics lousy, relationships with all but the worst state actors poor and its military fragile. Putin’s attempts to intimidate his neighbors when they seek to move closer to the West and coerce the U.S. and Europe into granting Russia a zone of control are not a reflection of strength but a clear admission of weakness. As a number of eminent scholars have written, the Kremlin regime is a kleptocracy.

A Competitive Strategies approach should work on all these vulnerabilities. A regime governed by crooks may be easy to buy off.  In some instances, this will require changing existing laws such as those that prevent the U.S. government from conducting a full on information campaign against the Russian regime. Militarily, investments need to be made in modernizing the U.S. nuclear arsenal, developing long-range ballistic and cruise missiles, deploying advanced air and missile defenses, creating a cyber and electronic warfare capability to turn off the Russian power grid and information networks and acquiring the means to turn the Russian integrated air defense system into Swiss cheese.

The toughest part of initiating a new Competitive Strategy is the recognition that it is for the long haul. Democracies often have difficulty sticking to a strategy even if it works. New leaders come to power who desire to put their own stamp on national security policy. It took Putin better than a decade to prepare the battlefield for his moves into Crimea and Ukraine. A new Competitive Strategy will take at least that long to bear fruit.