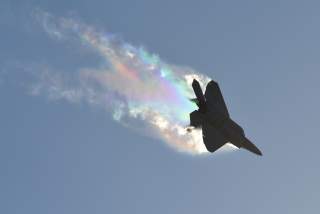 The U.S. missile strike on the air base from which the regime of President Bashar Assad conducted a chemical-weapons attack on Syrian civilians has prompted debate about U.S. strategy in the region. The Trump Administration has said that Assad must go, but that may take considerable time and faces Russian opposition. Given growing Islamic State losses in Iraq, Syria, and Libya, there is a pressing need and a golden opportunity for a strategy to deal with the related problem of suturing the wounds left after the impending defeat of ISIS.

Steps are needed to fill the vacuum left as the caliphate collapses, lest forces on the ground – Sunni and Shiite Arabs, Kurds, and Iranian proxies – turn on each other to gain control. The U.S. can no more afford to turn its back on this post-ISIS danger than it can take full responsibility for it. The answer is for NATO to act under U.S. leadership. The alternative is either chaos or Iran, backed by Russia, filling the void, with great harm to U.S. and allied interests in either case.

NATO is the only security organization with the skills and breadth to take on this task. The U.S.-led anti-Islamic State coalition of 68 partners is ill equipped to engage in this complex task. A more cohesive organization such as NATO should lead, but in ways that allow continued Arab participation. A creative version of the NATO-led International Security Assistance Force (ISAF) coalition could provide the answer.

The post-caliphate political circumstances and potential stabilization missions vary in these three countries. Separate but related missions would need to be designed. Those missions might be guided by three principles.

First, the political circumstances for success need to be created in each country. NATO involvement could help create those circumstances.

In Iraq, Prime Minister Haider al-Abadi should recognize that the Sunni area around Mosul requires a degree of political self-rule and cannot be dominated by the Shia and Kurdish forces now leading the charge to liberate the city. Dominating Iraq’s Sunnis would lead to yet another violent reaction. A neutral organization like NATO can help create that more benign environment.

In Syria, a transitional safety zone could be created in the area currently controlled by the Islamic State. Many entities ranging from Assad’s government, to Turkey, to Sunni-led militias, to the Kurds, to residual elements of the Islamic State will all be vying for influence. Without some agreed transitional arrangement a post-caliphate clash could drive more Syrian refugees and terrorists to Europe.

In Libya, a new agreement brokered in Rome between the warring state council and house of representatives could set the stage for a new stabilization effort. The role of Field Marshall Khalifa Haftar in any new government still needs to be settled.

In all three cases, some degree of international legitimacy would be needed for these post-caliphate operations. This could include a request by the internationally recognized sovereign power and/or a UN Security Council Resolution. In the case of Iraq and Libya, the internationally recognized government would probably request a stabilization force and a Security Council Resolution should be possible. Syria may be more problematic given the fact that the Assad government would not request any operation that would weaken its own sovereign claims and that Russia has a veto in the UN Security Council. An arrangement for post-caliphate Syria between Russia and NATO may be needed to achieve international legitimacy. In extremis, if Russia proves completely intransigent, NATO would have the option to proceed under its own authority, as it did in Kosovo in the late 1990s.

The second principle is that NATO missions would need to be carefully circumscribed and exit strategies designed. NATO engagement in this region cannot be allowed to undermine NATO’s primary task today of deterring Russian incursions into the NATO area.

In Iraq, a small NATO force deployed in the Mosul regions plus an enhanced NATO military training program could be enough to give the Sunni population confidence and to provide NATO with needed political leverage in Baghdad.

In Syria, a larger NATO force deployed around Raqqa supported by air operations would have a more difficult mission than in Iraq. It would be tasked with enforcing the transitional safety zone, deterring Syrian military thrusts in that region, defeating any residual Islamic State acts of terrorism, and keeping the peace between Turkish, Kurdish and Sunni militia forces in the zone.

In Libya, a NATO mission could be limited to special operations forces securing the area around Sirte from Islamic State revival, to provision of military training for those loyal to the GNA, and to enhanced naval operations off the Libyan coast to deal more effectively with refugee flows. Large NATO forces would be ineffective absent strong national support for the GNA.

The third principle is that these NATO deployments would need to be flexible and reflect a division of labor commensurate with the national interests and capabilities of the NATO nations involved. Flexibility would be needed to maximize Arab participation in these operations. A division of labor according to national interests is now more possible because of NATO’s new “framework nation concept.” This concept has major European nations taking leadership roles supported and augmented by smaller NATO nations.

In Iraq, for example, the U.S. has perhaps the greatest interest given its long involvement there. So any NATO transition force deployed around Mosul might be U.S. led. European nations might play a leadership role in training the Iraqi military.

In dealing with Syria, Germany and Turkey are the major powers who have the greatest national interest in enhancing stability: Germany because of refugee flows and Turkey because of its location. Germany has focused its military on stabilization operations and so has expertise in these operations. In addition, the United Kingdom is the framework nation for a capable NATO expeditionary force. Turkey has unique interests in Syria that may preclude the deployment of substantial Turkish troops there. So some combination of these three countries would need to be designed. The U.S. role might be limited to airpower and reinforcement in case of Russian military involvement.

In Libya, Italy and France might provide leadership given their strong interests in North Africa. Both nations might resist strong NATO involvement so the alliance might play a supporting role.

These operations, though quite different, have enough in common so that they could be coordinated under one ISAF-like umbrella. Guided by these three principles, NATO could help protect its interests and stabilize this region without overcommitting itself.

This NATO strategy cannot, and should not be expected to, settle the Syrian civil war, bring ethnic and sectarian harmony to Iraq, or create an effective Libyan state. What it could do is create conditions of stability in which lasting solutions at least have a chance. It can do so only if the U.S. is ready to call upon NATO to join it in filling the post-ISIS void and for the European allies to answer that call.