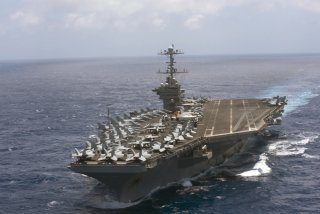 The meeting of NATO leaders in Warsaw over the weekend was partially overshadowed in the U.S. press by the tragic events in Dallas. But its significance shouldn’t be lost – least of all on Russia.

There were few dramatic new initiatives and Warsaw was not the “historic” summit that some leaders wished to make of it afterward. But it clarified that NATO is ready to pay the cost of enhancing the security of its eastern flank in the face of growing aggression from Moscow. The alliance also took several lesser steps to defend its interests in other areas.

The question on everyone’s mind, however, is whether these initiatives will be enough to meet the extraordinary new security challenges facing Europe and America – not only from a revanchist Russia, but also from the Middle East and North Africa.

The deployment of four battalions to Poland, Latvia, Estonia, and Lithuania, in tandem with measures recently implemented to enhance reinforcement capabilities, should have a significant deterrent effect and thus reduce the chances of conflict with Russia.

These new deployments may not be as large as some analysts argue they need to be to ensure that a major attack on the Baltic States is a high-risk gambit for the Kremlin. Yet the battalions will reduce the already low possibility of such an attack, while improving defenses against the surreptitious forms of aggression Russia has sponsored in Ukraine – often referred to as “hybrid war.” Also, four battalions is far more than most observers would have thought possible coming out of the last NATO summit in September 2014.

Importantly, Germany, which had evinced deep concern about provoking Russia with such deployments, will in the end be a lead nation for the battalion deploying to Lithuania. This should resonate in Moscow and encourage the Kremlin to rethink its aggressive approach to the alliance.

NATO welcomed Romania's offer to establish a multinational framework brigade to improve training of allied units in southeastern Europe. This is a useful step, but further work is needed to build allied consensus on regional military posture, including enhanced air and maritime deployments.

To boost strategic deterrence, NATO leaders also affirmed the enduring role of nuclear weapons in the alliance’s deterrent posture and the need for planning guidance aligned to today’s threats. The Summit communiqué makes clear that “any employment of nuclear weapons against NATO would fundamentally alter the nature of a conflict” – a subtle reference intended to make clear that NATO views Russia’s nuclear sabre rattling with the utmost concern.

In taking these steps to enhance defense and deterrence, NATO leaders made clear that they do not seek a confrontation with Russia, much less a new Cold War. They declared NATO remains open to a meaningful security dialogue with Russia, with a new priority on minimizing the risks of military accidents that could lead to a crisis – whether in Europe or the Middle East.

Nevertheless, if steps taken on deterrence were significant, there is much work to be done elsewhere.

Policy toward non-NATO partners in Eastern Europe – especially Georgia, Ukraine and Moldova – remains a thorny problem. Leaders reaffirmed that NATO’s door remains open and that Russia would never have a veto over any country joining the alliance. They also reaffirmed their commitment that Georgia would one day become a NATO ally.

Nevertheless, the path to membership for these countries remains unclear and problematic, even as NATO governments continue limited security cooperation with them.

The alliance made progress on meeting the challenge of terrorism and migration from the South, but not nearly as much as needed.

Certain allies that have resisted a NATO role in the South softened their position. Poland notably agreed to deploy F-16s to support counter-ISIL operations on the eve of the summit.

Overall, however, the alliance has a way to go in defining a clear role for itself as the international community struggles from crisis to crisis in the Middle East and North Africa. It is an open question whether NATO will dedicate the resources, political capital and strategic imagination needed to meaningfully defend its members against the threats coming at it from that direction.

When it came to other challenges such as cyber, there was progress, albeit in baby steps.

A joint declaration calling for increased cooperation between NATO and the EU that looked off-the-rails on Thursday night also passed. This is beneficial because cooperation between the EU and NATO on a range of tasks from hybrid warfare to cyber and migration will remain critical looking ahead.

All in all, NATO emerged from Warsaw more unified than some had predicted it would, especially after the shock of Brexit. But with strained economies, rising populism, and persistent threats from the East and the South, NATO still faces an uphill battle.

NATO can win that battle and emerge safer and more secure, but forging ahead will require continued American leadership, hard work, and sacrifice from across the alliance. NATO’s next summit in Brussels will take place with a very different leadership. There will be a new U.S. president, a new U.K. prime minister, and potentially a new German chancellor and French president. Whether these leaders will have the necessary political support and resources to build further on the steps taken in Warsaw is an open question.

Christopher S. Chivvis is the associate director of the RAND Corporation International Security and Defense Policy Center and teaches European Security at Johns Hopkins, SAIS. Stephen J. Flanagan is a senior political scientist at the nonprofit, nonpartisan RAND Corporation and served as special assistant to the president and senior director for defense policy and strategy at the National Security Council from April 2013 to September 2015.