Nepal's Pivot to China May Be Too Late 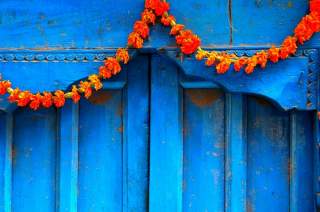 Nepal’s constitutional crisis in the winter of 2015 and spring of 2016 prompted protesting parties to enforce an economic blockade in the Terai region on the Nepali-Indian border. Protesting Nepali groups included ethnic minorities that feel underrepresented in the new federalist system. Unofficial political support from India enabled the protests to last four-and-a-half months, debilitating the already weakened Nepali economy and creating a humanitarian crisis. Citing Indian government complicity in the embargo, Nepali Prime Minister Khadga Prasad Sharma Oli reached out to Beijing for help, prompting cries of a Nepali pivot to China. While some shifting towards China does seem to be underway, Nepal will always require good relations with its longtime partner India. The real story in Nepal is a possible internal security disaster that would go against Nepali, Indian, and Chinese interests.

A fresh outbreak of protests this week highlights the urgency of Nepal’s ongoing constitutional crisis. A resurgence of violence in the next year is possible, perhaps at a greater scale than the episodes of police and protester violence during the blockade that resulted in over 50 deaths. This would be devastating for a country still reeling from a 2015 earthquake that killed close to 9,000 people, followed by a crippling economic blockade and rising ethnic tensions.

On the subcontinent, India and China vie for influence, while lesser powers like Nepal navigate geopolitics by currying favor with their great state neighbors. A rapid uptick in China-Nepal relations threatens to shake up foreign relations in South Asia. Ultimately, though, both Indian and Chinese goals for the region are served best by promoting political stability and economic growth in Nepal. Emerging from this constitutional crisis intact will require Nepal’s leaders to walk a tightrope between two giants.

Recent weeks have involved a sharp uptake in diplomatic and economic developments in China-Nepal relations. The momentum began with a joint statement during Nepali Prime Minister Oli’s visit to Beijing at the end of March. When I was in Kathmandu during the first week of May, the city was ignited with news that the government was to fall and Oli to resign. Analysts believe the abrupt reversal of Nepal’s Maoist leadership that prevented this change, keeping the Oli-led government in power, was due to Chinese intervention.

Building on those developments, on May 15th, Nepal and China completed laying an optical fiber to Kathmandu, creating a direct link “to Hong Kong Data Centre which is one of the two biggest global data centres in Asia.” Two days later, the Chinese Minister for State Administration for Press, Publication, Radio, Film and Television, Cai Fuchao visited Oli’s residence and the two made statements about growth in Nepal-China relations. China also just inaugurated the first transport service to Nepal, a rail-bus, 10-day journey from Lanzhou to Kathmandu. And a joint Nepal-China researcher team has begun hydrocarbon (petroleum and natural gas) exploration in Nepal. While Chinese economic expansion in the region is progressing in stages, the China correspondent for India Today suggests that, “the speed with which relations are being transformed will likely come as a surprise to New Delhi.”

There is concern among analysts that India has seriously blundered its relationship with Nepal. Kathmandu recalling its ambassador from New Delhi is only the most recent in a series of recent downturns in relations. Nepali President Bhandari’s planned visit to New Delhi in early May was reportedly cancelled as a signal of Kathmandu’s frustration with its large, southern neighbor for what it perceives as meddling in a domestic issue. Understanding the political sensitivity of movements in Nepal’s southern Terai area is key to contextualizing Oli’s negative responses to perceived Indian meddling. In an interview, retired Ambassador Hiranya Lal Shrestha explained that the Terai (specifically the Madhes) is to Nepal what Tibet is to China and Kashmir is to India. India may have overplayed its hand in Nepal. The Chinese model of economic engagement without political dictation is looking more effective than Indian Prime Minister Modi’s “neighborhood first” policy.

Between the constitutional crisis and the government’s failure to distribute earthquake relief funds and facilitate much needed reconstruction, the Nepali people are fed up. Widespread, outstanding grievances make for a tense domestic norm. Based on peacebuilding research with communities in the Terai and far eastern Nepal, a major INGO country director for Nepal warned that things are “still incredibly sensitive here.”  Identity-based tension is growing and an outbreak of fresh violence “only takes a small spark,” she said. Retired Ambassador and former Chairman of the UN Human Rights Commission Shambhu Simkhada phrased the build up of unresolved issues more bluntly. “We are sitting on a volcano,” he told me in Kathmandu at a meeting of South Asian think tanks on May 1st.

Another Nepali analyst, Professor Surendra K.C. of Tribhuvan University in Kathmandu, worries that if a political solution to the constitutional crisis is not reached soon, “there could be anarchy, chaos.” Some reports suggest that the Nepal Army Chief Chettri’s visit to New Delhi in February was instrumental in bringing the protests in the Terai to an end. Chhetri highlighted the security threat posed to Indian interests by rising violence and resulting instability. Renewed violence in the young republic would go against, Indian, Chinese, and Nepali interests.

Significant political change is imminent. According to Dr. K.B. Rokaya, a key facilitator of the peace settlement with the Maoists in 2006 after Nepal’s revolution: “The movement is now starting…a people’s movement.” Rokaya believes that a temporary army takeover or a return of the monarchy are not out of the question if a political solution to the current constitutional crisis is not reached in the next year.  Separatist elements of protesting groups are small but worrisome. In a recent interview with Nepali Times, Nepal Army Chief Chhetri said that, “the army is alert about conspiracies to disintegrate the country and is ready to foil them if needed.”

As a small state navigating shifts in regional hegemony in what some have called the “Asian century,” Nepal constitutes a useful case study for the role and paths towards security available to small states. Nepal’s porous borders with India have served as transit points for Bangladeshi and Pakistani terrorists en route to India for years, adding a dangerous possible element to the prospects of cooling India-Nepal relations and a Nepali pivot towards China. Recent developments, however, suggest that Nepal’s foreign and domestic policies are both focused on merely staying afloat in a sea of internal trouble. If a political compromise is not reached soon, Nepal may face renewed unrest threatening key achievements for representative government since the end of the revolution in 2006. As Prashant Jha astutely observes in his book on Nepal’s modern history, “The process of political change takes generations.” Unfortunately, Nepal’s young republic may not have that much time.

Hannah E. Haegeland is a Scoville Peace Fellow at the Stimson Center in Washington, D.C. @HHaegeland