A New Battleship for the Navy? Why This Could Be China's Biggest Military Nightmare 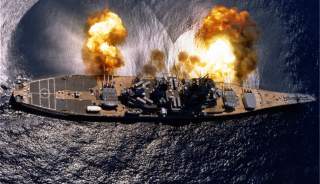