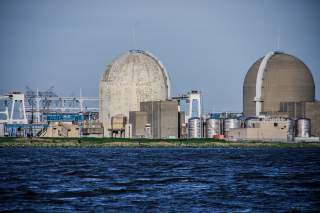 State officials sent out a televised alert shortly before 9:00 p.m. Tuesday night that a “Nuclear Power Plant Warning” was in effect for two New Jersey counties. The State Office of Emergency Management accidentally requested the broadcast during a scheduled emergency drill at the nearby PSEG Salem and Hope Creek Nuclear Power Stations.

The Cumberland County Office of Emergency Management told local media outlets the warning was accidental, and officials issued a reverse 911 call shortly after the broadcast to inform local resident there was no emergency at the nuclear power plant.

“We are conducting an emergency drill,” Joe Delmar, spokesman for PSEG Nuclear which owns the nearby nuclear power plants, said Tuesday night. “Some of the drill scenario was mistaken for an actual emergency. We are working with the New Jersey Office of Emergency Management to correct this information. Again, there is no emergency.”

Utility, state, and county emergency management officials have detailed plans on what to do if there was an actual emergency at one of the nuclear power plants.