New Legislation May Push China and Taiwan Toward War 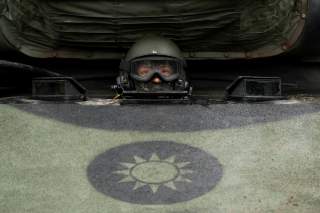 Chinese president Xi Jinping on Tuesday warned that Taiwan would be “punished by history” if it attempted to formally separate from China.

Speaking at the concluding day of the 13th National People’s Congress (NPC) in Beijing, Xi told the three-thousand-odd delegates that “all acts and tricks to split the motherland [China] are doomed to failure and will be condemned by the people and punished by history.”

“The Chinese people share a common belief that it is never allowed and it is absolutely impossible to separate any inch of our great country’s territory from China,” he said, vowing to protect “every inch” of Chinese territory.

Emboldened by unprecedented constitutional amendments that lifted the term limits for the Chinese president, Xi’s bombast—not entirely unusual for such events—was met with laud applause by the delegates. Already angered by proud, democratic Taiwan’s refusal to be annexed by the People’s Republic of China, the Chinese leader was undoubtedly responding to the signing in to law last week of the Taiwan Travel Act, legislation that has received unanimous and bipartisan support in U.S. Congress. The legislation permits, unofficial ties notwithstanding, high-level exchanges between senior U.S. and Taiwanese government officials.

In response to Xi’s remarks at the NPC, the Mainland Affairs Council in Taipei, the agency in charge of handling relations with China, said it hoped that “at this time of entering into a new administration period,” the Chinese leadership “can break free of clichéd thinking of strong intimidation.”

Xi’s message to Taipei and Washington on Tuesday added to other warnings issued by Chinese officials in recent months, who have vowed that China would not countenance visits by senior U.S. officials or the resumption of U.S. Navy port calls in Taiwan as suggested in the 2018 National Defense Authorization Act passed by U.S. Congress in November 2017.

Beijing regards any form of elevated engagement between Taiwan and other countries as veiled attempts to “separate” Taiwan from China. Such developments have triggered particularly stringent reactions from Beijing since the election of Tsai Ing-wen of the Taiwan-centric Democratic Progressive Party in January 2016.

While China looks askance at the Taiwan Travel Act, for Taipei and its allies in Washington the piece of legislation does not violate the United States’ “one China” policy and stays within the parameters of Washington’s longstanding policy regarding Taiwan. We can expect, furthermore, that both Taipei and Washington will wisely make use of the new possibilities created by the act so as not to unnecessarily anger Beijing. What the act does is provide a necessary counterweight to a series of efforts by China to alter the “status quo” in the Taiwan Strait. Unlike what some critics—whose analysis has perhaps been colored by their antipathy toward the current president—have argued, the Taiwan Travel Act also isn’t a whimsical piece of legislation or a “Taiwan card” played by President Trump simply to anger Beijing. Efforts to secure such legislation were many years in the making, and as stated earlier, the act was supported by both Democrats and Republicans. (It does suffer, however, from the close timing with punitive trade measures that are being considered by the Trump administration, which makes it easier for critics, Beijing included, to argue that the act is part of such actions.)

With the door now open for Xi to remain as president for life, analysts have scrambled to interpret what this unprecedented move will mean for relations in the Taiwan Strait, one of the most dangerous flashpoints in Asia. Some have argued that Xi’s extended period of rule would release some of the more immediate pressure to bring about unification as he would no longer be constrained by the 2022 deadline—the end of his second term—by which to have secured his legacy. Others, meanwhile, argue that Xi’s consolidation of power may embolden him to engage in dangerous behavior, which could precipitate a war in the Taiwan Strait, one that could draw in the United States and possibly Japan, whose own security is contingent on Taiwan retaining its de facto independence.

Short of military action, Beijing has a series of options at its disposal to respond to the latest developments. And while it may seek to deter Washington from fully acting upon the act, it is Taiwan, the weaker party in this triangular relationship, that, as always, will suffer the brunt of that retaliation. Thus, while Taipei has scored a few needed points with the signing of the act into law, it is expected that Beijing will take various actions to bring the “status quo” back in its favor, such as grabbing more of Taipei’s official diplomatic allies—the Vatican comes to mind—and doubling down in its opposition to Taiwan participating in multilateral organizations such as the World Health Assembly, Interpol, and the International Civil Aviation Organization. Beijing will also likely intensify its efforts to bypass central government institutions in Taiwan and thereby seek to undermine its authority and legitimacy in the eyes of the Taiwanese.

Despite the harsh words, President Xi nevertheless told the NPC that Beijing would continue to promote “peaceful unification” with Taiwan. Among the recent efforts to win the hearts and minds of the Taiwanese are thirty-one measures, unveiled in late February by the State Council’s Taiwan Affairs Office. The measures were designed to lure Taiwanese citizens to work in China. Previous economic incentives having failed to translate into greater support for unification, and there is reason to doubt that this latest effort will succeed, though it has amplified fears of a potential “brain drain” in Taiwan. The real question, therefore, is how Xi will react three, five years from now, after having staked much of his legitimacy on “rejuvenating the Chinese nation” through the annexation of Taiwan, when he realizes that he is no closer to securing “peaceful unification.” The real danger will occur when Xi has exhausted all “peaceful” options and concludes that only force will bring about his dream for China. With the recent changes to the Chinese system elevating Xi to new heights of power, there is a greater risk that a frustrated Xi, sensing his own vulnerability, could call upon the People’s Liberation Army to finish the job. Only this time, for the first time since the Mao Zedong era, there will be few, if any, voices within the Chinese Communist Party that will have the courage, or the influence, to contradict him.

J. Michael Cole is a Taipei-based senior fellow with the China Policy Institute and Taiwan Studies Programme at the University of Nottingham, UK, a research associate with the French Centre for Research on Contemporary China, and chief editor of Taiwan Sentinel.

Image: A Taiwanese soldier sits inside a M60A3 tank during a military drill in Hualien, eastern Taiwan, January 30, 2018. REUTERS/Tyrone Siu