A New Report Declares that the U.S. Army and Marines are "Weak" 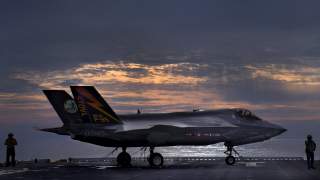 The military posture of the United States is rated as marginal in a new report from The Heritage Foundation, and that worries the chairman of the House Armed Services Committee.

The nation has “not been resourcing our military commensurate with what we ask our military to do,” Rep. Mac Thornberry, R-Texas, said at an event Thursday marking release of the report from the leading conservative think tank.

“And maybe more disturbingly, we have not been resourcing our military commensurate with our moral obligation to support the men and women who are risking their lives for us,” Thornberry said.

Dakota Wood, a senior defense fellow at Heritage who edited the 2018 Index of U.S. Military Strength, said the state of the military inherited by President Donald Trump is “too old.”

“Almost all the people I talk with … in terms of thinking about national security and foreign affairs [are] largely in agreement that the military we have is too small, it is too old,” Wood said.

The military is old both “in terms of the systems that it has, most of which were introduced in the 1970s and ’80s,” Wood said, and because “the readiness that we have seen over the several years has been in dramatic decline, given the sorts of things we want the military to accomplish around the world.”

The report is the fourth such annual index completed by Heritage’s defense and national security scholars to measure the capacity, capability, and readiness of the U.S. military considering potential dangers abroad.

The new edition ranks threats to U.S. interests from terrorist organizations in the Middle East and Afghanistan as “high,” as it does threats from Russia, China, Iran, and North Korea.

The index rates the U.S. military presence as a whole as “marginal” while rating the conditions of both the Army and Marines as “weak” and the Navy and Air Force as “marginal.”

“It is absolutely wrong at every level for the country to ask someone to go perform a mission for which they are not fully trained, fully prepared, and fully supported,” Thornberry said in his remarks. “And yet, we have not been meeting our obligations to them.”

The report noted that North Korea has significantly amped up its missile tests, totaling 18 tests in August alone compared to 21 in all of 2016.

“What we do need to do is send a clear message, not only to North Korea but others in the region, such as China, that we are deadly serious about strengthening ourselves and our allies, and we are going to put military capability there that is necessary to do that,” Thornberry said.

The report also contains statistics and other details on the state of military equipment, including:

-Only 41 percent of the Marines’ fixed-wing and rotary-wing aircraft were considered flyable as of the end of 2016.

-Only four of the Air Force’s 55 fighter squadrons are at the highest levels of readiness. “Fewer than half are in the top two readiness tiers.”

-In June, Air Force Secretary Heather Wilson and Air Force Chief of Staff Gen. David Goldfein said “the Air Force is too small for the mission demanded of it, and it is unlikely that the need for air and space power will diminish significantly in the coming decade.”

-While the Navy remains committed to deploying roughly a third of its fleet at all times, capacity shortages caused the fleet “to fall below the levels needed.”

Thornberry said that one of the greatest obstacles to adequately funding the military is the use by Congress of continuing resolutions, temporary measures that fund the government at current levels for a set period of weeks or months.

“Starting Sunday, we are on a new fiscal year and for the ninth consecutive year, we started with a continuing resolution,” the Texas Republican said, adding:

Thornberry said the Armed Services Committee is working “to help explain these consequences to my colleagues and to others, because I think we have all gotten so used to nine years of a continuing resolution that we have grown numb to the consequences of what it means to us.”

The House voted 219-206 Thursday to pass a budget for the 2018 fiscal year that Thornberry said will help bring more resources to the military.

“So in the House, you will have a budget, an authorization, and an appropriations bill passed by the end of the day that doesn’t fix all our problems, but is significantly more than the president originally asked for and begins to turn these readiness and other problems away,” he said.

The ultimate goal, Thornberry said, is to strengthen the military so that America is in a position to keep the peace even with multiple threatening scenarios in various parts of the world.