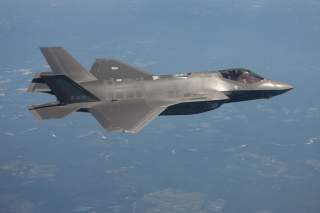 A total of 174 U.S. pilots currently have been trained to fly Lockheed Martin’s F-35A Lightning II. The Heritage Foundation  recently interviewed 31 of these former F-15C, F-15E, F-16C, and A-10 pilots.  Each expressed a high degree of confidence in the F-35A, their new fifth-generation platform.

Editor's Note: This story has been updated to correct an error—the initial version incorrectly identified the Air Force Weapons School as "Top Gun."—DM