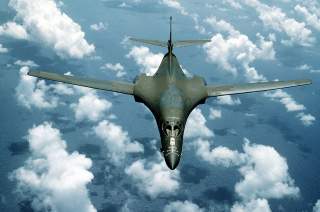 Russia is not happy over a new RAND Corporation study that suggests the Russian city of Kaliningrad—the former German city of Königsberg—might need to be militarily “neutralized.”

“Just Try It,” warned the headline of a Sputnik News article on the RAND study, which Sputnik described as being “filled with standard rhetoric about the dangers of ‘Russian aggression’ in Eastern Europe.”

Actually, there was nothing particularly bellicose about RAND’s U.S. government-sponsored research, titled “European Relations with Russia: Threat Perceptions, Responses and Strategies in the Wake of the Ukrainian Crisis.” It’s a straightforward analysis of European views on Russia and what they would like to see America do about the situation. Based on interviews with officials and scholars in the United States and Europe, including Estonia, Latvia, Poland and Sweden, the study found that Europeans are worried about Russian aggression. However, the aggression they fear isn’t a Cold War–style invasion, but rather “seizure of a border enclave or fomenting internal unrest.”

That the Baltic states fear Russian “little green men” and breakaway “republics” isn’t exactly a surprise in Washington or Moscow. What really raised Russian hackles was a single bullet point in the study’s conclusions, regarding how the Pentagon should respond to European concerns.

That bullet point recommended the Pentagon take “a clear view of the role that Kaliningrad might play, with its strong antiair defenses; how would NATO neutralize it?” Never mind that the RAND researchers immediately added that “the whole topic of neutralization of Kaliningrad brings up the issue of escalation and potential Russian response to what Russia would see as strikes on the Russian homeland.”

Sputnik News—presumably on the Russian government’s behalf—made clear that Kaliningrad would not be easy to neutralize. A Russian military analyst told the news site that “NATO does have reason to be concerned with Kaliningrad’s air and missile defense capabilities. The region contains three regiments of S-300s, a regiment of S-400s, and a Voronezh-DM radar system, capable of monitoring airspace up to 6,000 kilometers away (i.e. throughout Europe, including the UK). The S-400 can strike targets 400 kilometers away. The region also contains the 7054th air base of the Russian Aerospace Defense Forces, and layered air defenses including Buk and Pantsir.”

A military also noted that since Kaliningrad is Russian territory, Russia has the legal right to station missiles there, and that Westerners are obsessed with finding evidence that Russia is plotting war.

There is indeed a problem here. But not with RAND, whose study was a perfectly appropriate analysis of how Europe sees Russia, and how America might respond to those views. Nor is the problem really with Russia, which naturally bristles at any talk of an attack on its territory.

No, the problem is that Kaliningrad shouldn’t exist as Kaliningrad. It really should be the German city of Königsberg, which it was until the Soviets in 1945 annexed and renamed the city as part of its postwar redrawing of the borders of Germany, Poland and the Soviet Union. Kaliningrad, and the surrounding region that was also formerly part of East Prussia, is an isolated 5,800-square-mile enclave separated from the Russian heartland by Poland and the Baltic states, with reliable communications only by air or sea through the Baltic.

To be fair, Russia might equally ask why Alaska doesn’t belong to Canada as a matter of practical geography. Yet if Kaliningrad had merely been demilitarized, this would ease tensions. Instead, Russia has turned the city into a giant military base with long-range radar and antiaircraft missiles. Last year Moscow also emplaced nuclear-capable Iskander missiles.

Kaliningrad is 680 miles from Moscow, but only 328 miles from Berlin and less than two hundred from Warsaw. With such a dagger pointed at the heart of Germany and Poland, it is militarily inconceivable that NATO could ignore it in the event of a conflict with Russia over eastern Europe or the Baltic. Those radars and missiles would threaten the western and eastern European heartland.

On the other hand, America and Britain did agree at the 1945 Potsdam conference that Konigsberg and part of East Prussia would go to the Soviet Union. Whether the deal was wise or not (and how exactly would the Anglo-Americans have evicted the new owners from the property?), the area legally belongs to Russia.

And if there is one rule still left from the Cold War, it’s that attacking the territory of nuclear-armed nations—especially a former superpower with the largest nuclear arsenal in the world—is a no-no.

Image: A B-1B aircraft on a flight out of Anderson Air Force Base, Guam. Wikimedia Commons/Public domain