A New Twist in the South China Sea Showdown 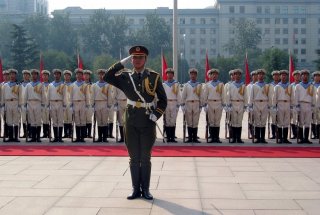 The 2016 Philippines presidential election looks like it could lead to a sharp change in Manila's approach to its maritime boundary disputes with China in the West Philippine Sea. The US, Indonesia and Vietnam are taking firmer and more active positions on the South China Sea disputes involving China in the face of Beijing's aggressive reclamation activities targeting Philippine claims. President Aquino has won international support for the Philippines' firm stance.

But his most likely successor could significantly soften Philippine policy towards China on this issue.

Vice-President Jejomar Binay, despite being the focus of a Senate Blue Ribbon Committee investigating alleged corruption, is the clear front-runner for the 2016 elections. In the latest Pulse Asia poll on 2016 presidential candidates, Binay garnered 29% support, a clear 15% ahead of Senator Grace Poe in second at 14% and a full 25% ahead of Manuel 'Mar' Roxas (Aquino's presumed favoured candidate), at 4%.

(Recommended: China Dominates the Scramble for the South China Sea)

Binay has no foreign policy experience, having risen to national prominence as long-time Mayor of Makati, the wealthiest city in Metro Manila and the country. In one of his first extended interviews addressing foreign policy issues, Binay focused on the prospects for joint Philippines-Chinese development of natural resources in the West Philippine Sea, and downplayed the case filed by the Aquino Administration to the International Tribunal on the Law of the Sea regarding the Philippines' maritime boundary disputes with China. The ruling on this landmark case is expected to be delivered in mid-2016, potentially at the same time Binay takes over as president.

If Binay wins and follows through on these views, it would be a return to the policy preferred by Aquino's predecessor, President Macapagal-Arroyo. Macapagal-Arroyo's joint development plans with China were widely viewed as unconstitutional. In the face of this furore, in 2009, the Macapagal-Arroyo Administration did not renew the 2004 joint seismic study agreement signed in China covering the disputed waters. When Aquino took office in 2010, he and Foreign Secretary Albert del Rosario quickly adopted a much firmer stance.

The foreshadowing of a second reversal of Philippines policy on its maritime boundary dispute with China in two presidential terms shows how divided the Philippine political elite and their financial backers are on this issue and its place in Philippines-China relations. A second reversal in two presidential terms would rightfully reinforce views within ASEAN, and in Washington and Tokyo, about the unreliability of the flip-flopping Philippines, and would throw into doubt the wisdom of aligning their South China Sea approaches with the policy prevailing in Manila at any given moment.