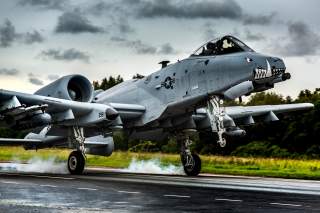 Soviet leader Mikhail Gorbachev was given a host of assurances that the NATO alliance would not expand past what was then the East German border in 1990 according to new declassified documents.

Russian leaders often complain that the NATO extended an invitation to Hungary, Poland and what was then Czechoslovakia to joint the alliance in 1997 at the Madrid Summit in contravention of assurances offered to the Soviet Union before its 1991 collapse. The alliance has dismissed the notion that such assurances were offered, however, scholars have continued to debate the issue for years. Now, however, newly declassified documents show that Gorbachev did in fact receive assurances that NATO would not expand past East Germany.

“The documents show that multiple national leaders were considering and rejecting Central and Eastern European membership in NATO as of early 1990 and through 1991,” George Washington University National Security Archives researchers Svetlana Savranskaya and Tom Blanton wrote. “That discussions of NATO in the context of German unification negotiations in 1990 were not at all narrowly limited to the status of East German territory, and that subsequent Soviet and Russian complaints about being misled about NATO expansion were founded in written contemporaneous memcons and telcons at the highest levels.”

Indeed, Russian Presidents Boris Yeltsin and Vladimir Putin have complained bitterly about the expansion of NATO towards their borders despite what they had believed were assurances to the contrary. “What happened to the assurances our western partners made after the dissolution of the Warsaw Pact? Where are those declarations today?” Putin said at the Munich Conference on Security Policy in 2007.“No one even remembers them. But I will allow myself to remind this audience what was said. I would like to quote the speech of NATO General Secretary Mr. Woerner in Brussels on 17 May 1990. He said at the time that: ‘the fact that we are ready not to place a NATO army outside of German territory gives the Soviet Union a firm security guarantee.’ Where are these guarantees?”

As the newly declassified documents show, the Russians might have had a point. While it was previously understood that Secretary of State James Baker’s assurance to Gorbachev that NATO would not expand “not one inch eastward” during a February 9, 1990, meeting was only in the context of German reunification, the new documents show that this was not the case.

Indeed, as late as March 1991, the British were reassuring Gorbachev that they could not foresee circumstances under which NATO might expand into Eastern and Central Europe. As former British Ambassador to the Soviet Union recounted in March 5, 1991, Rodric Braithwaite, both British foreign minister Douglas Hurd and British Prime Minister John Major told the Soviet that NATO would not expand eastwards.

“I believe that your thoughts about the role of NATO in the current situation are the result of misunderstanding,” Major had told Gorbachev. We are not talking about strengthening of NATO. We are talking about the coordination of efforts that is already happening in Europe between NATO and the West European Union, which, as it is envisioned, would allow all members of the European Community to contribute to enhance [our] security.”

Of course, later, in 1994, Bill Clinton decided to expand NATO eastward despite the various assurances that the previous administration had offered Gorbachev—and despite legendary diplomat George F. Kennan’s repeated warnings.

Svetlana Savranskaya and Tom Blanton’s full report along with 30 of these documents can be found here.