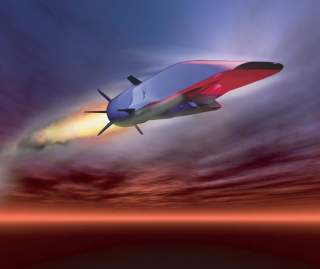 A number of media outlets have reported in recent days that China has deployed a new missile defense system on many of its ships that has a 90 percent success rate against hypersonic missiles. The same reports also unwittingly highlight that this assertion is false.

All the reports appear to originate from a story the Taiwan-based Want China Times carried last month. Citing a report in its “Chinese-language sister paper Want Daily,” which itself cited a story by an unnamed Russian media outlet, Want China Times reported last month that “that China's latest indigenous Type 1130 close-in weapon system can fire 10,000 rounds per minute and destroy 90% of hypersonic missiles traveling at a speed four times the speed of sound.”

The Want China Times report has been picked up by numerous news outlets since— either directly or indirectly. For example, citing the Want China Times article, International Business Times reported last month that “China has developed a new close-in weapon system” that can “reportedly destroy 90 percent of hypersonic missiles even travelling four times the speed of sound.” Earlier today, Engineering.com ran a story based on the IBT report that was headlined, “Chinese Chain Gun Can Destroy Almost Every Hypersonic Missile.”

Meanwhile, yesterday Gawker media’s design and technology website, Gitzmodo, ran a story headlined “Say Hello to China's New 11-Barrel Hypersonic Missile Killer.” In that article, Gitzmodo staff writer Andrew Tarantola cites the Want China Times article (which he refers to as a Chinese media outlet) in reporting that “China's newly unveiled Type 1130 close-in weapon system can make short work of inbound warheads traveling at four times the speed of sound [emphasis in the original].” Later in the piece he reports that the Type 1130 is “quite accurate, notching 90 percent accuracy against hypersonic threats,” before concluding, ominously, that “Combined with the PLA's new WU-14 hypersonic glide vehicle, naval battles may soon be over in the blink of an eye.”

There are a number of issues with all this. The first, and least egregious, is that the Type 1130 CIWS system is not particularly new. In fact, it was first noted by Western defense analysts as far back as May 2011, albeit at the time it was still in development and referred to as the Type 1030. However, by the time China’s aircraft carrier, the Liaoning, began sea trials the following year, the gun-based CIWS was being called by its current name (noted, the Type 1130 is also called the H/PJ-14). Thus, at the very least, the Type 1130 is about two and a half years old.

Far more importantly, however, by these reports own admission, the Type 1130 CIWS can’t shoot down hypersonic missiles. As noted above, these reports claim that the Type 1130 CIWS can target missiles traveling at up to four times the speed of sound, or Mach 4. As impressive as these reports make Mach 4 out to be, it doesn’t reach hypersonic levels. To constitute hypersonic, the missile must travel at five times the speed of sound (Mach 5) or greater. NASA further categorizes speeds as hypersonic (between Mach 5 and Mach 10) and high hypersonic (between Mach 10 and Mach 25). This oversight— calling Mach 4 hypersonic— is particularly surprising given that it was featured on science and technology websites Gizmodo and Engineering.com.

There are other smaller issues with the claims as well. For example, no country currently deploys hypersonic missiles, raising the question of how the Type 1130 achieved its 90 percent success rate in shooting them down. In fact, it’s unclear where the 90 percent success rate statistic comes from at all, although one possible culprit is a report by a Chinese state-run television station. Needless to say, this is another source that should be taken with a grain of salt.

Finally, while no country currently deploys hypersonic missiles, any that China’s potential adversaries like the United States would deploy in the foreseeable future are almost certainly going to be long range missiles (for example, as part of Prompt Global Strike). Since the Type 1130 CIWS can’t even shoot down medium or long-range subsonic missiles it’s a good bet that it will struggle with hypersonic ones.