No, China's Economy Hasn't Reached a Crisis...At Least Not Yet 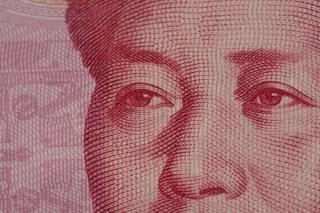 I started my job at the Federal Reserve three weeks before Lehman Brothers declared bankruptcy.

I wish I had kept a diary of my initial months at the Fed, so I could recall clearly what we thought was happening each day. I do remember there was a discrete point where suddenly everything felt like it was in free-fall. It brought to mind the comment of Don Russel, Paul Keating's economic advisor, claiming there was a moment in his office when he heard the Australian economy snap, sometime in late 1989. I think I heard the U.S. economy snap in my Washington office in 2008.

I do think China's next GDP numbers, to be released in October, will be disappointing. One reason is that financial services, which had accounted for a lot of growth earlier in the year (growing by 17.4%), will likely have had a poor quarter.

But there some good news stories too. Many people were concerned about low government revenue growth earlier this year, suggesting this was a sign of a weak economy. That figure has bounced back nicely, growing at 12.6%, year on year in July, and as far as I'm aware, tax rate increases are not responsible. A poor manufacturing Purchasing Managers' Index (PMI; an index gauging manufacturer's sentiment) seemed to kick off the recent round of hand wringing, but the PMI for the non-manufacturing sector has held up so far.

This relates to a general point made by one of my favorite China experts, Nick Lardy of the Peterson Institute. Lardy thinks services are growing quite quickly. Moreover, he has this rebuttal to those who doubt the data:

“Naysayers question government economic data, continuing to focus on weakness in China's industrial sector and the extremely slow growth of electric power output. But steel production, for example, is significantly more energy intensive than entertainment, so the demand for electricity has fallen sharply as the structure of the economy has evolved.”

It's fair to say there is an entire industry based on the claim that Chinese GDP has long been overstated. But we don't often hear about the fact that China underestimates housing services in GDP, which is documented in the appendix of Lardy's book Sustaining China's Economic Growth After the Global Financial Crisis.

I digress. Yes, the Chinese economy faces risks. Debt has ballooned over the last eight years. The IMF, in its 2014 Article 4 consultation, had these words to say:

“Looking at a sample covering 43 countries over 50 years, staff identified only four episodes that experienced a similar scale of credit growth as China's recent TSF growth. Within three years following the boom period, all four countries had a banking crisis.”

That's a worry. But it does not imply that crisis is a certainty, or even the most likely result. The IMF, in its 2015 consultation, was more upbeat. And this is money the Chinese owe to themselves in their own currency. That takes off the table many of the risk factors that have plagued other emerging economies.

Am I foolishly saying 'This time is different'? Ken Rogoff, a former Chief Economist at the IMF who wrote the book on financial crises, may suggest that I am. I could look silly in six months. What I am not saying, however, is that China is certain to grow steadily, without incident, for years. It would be remarkable if China did not encounter turbulence. I just think we are some way from a full-blown crisis.