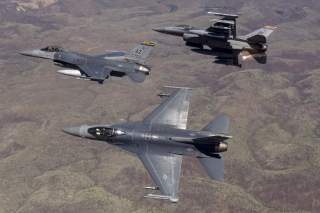 How Will It End?

The logical ending to a no-fly zone is when the situation on the ground changes so that it is no longer necessary. We will probably not be able to force this change, as there is generally not a direct link between implementing the no-fly zone and achieving lasting political outcomes. We are attracted to the no-fly zone option partly because it is limited in scope and risk. If this is true, it’s also likely to be limited in its ability to force change on its own. Therefore, a no-fly zone is best used as a part of a comprehensive political and military strategy. When used as the only tool in the toolbox, the likely result is a long, frustrating journey for everyone involved.

Colonel Clint Hinote, U.S. Air Force, is a military fellow at the Council on Foreign Relations. He holds a PhD in military strategy, and he recently returned from Korea, where he commanded the 8th Fighter Wing at Kunsan Air Base. He has experience enforcing the no-fly zones over Iraq and he served as an instructor of weapons and tactics at the USAF Weapons School. The conclusions and opinions expressed are his own and do not reflect the official position of the U.S. government.

This piece was first posted in CFR’s blog Defense in Depth here.