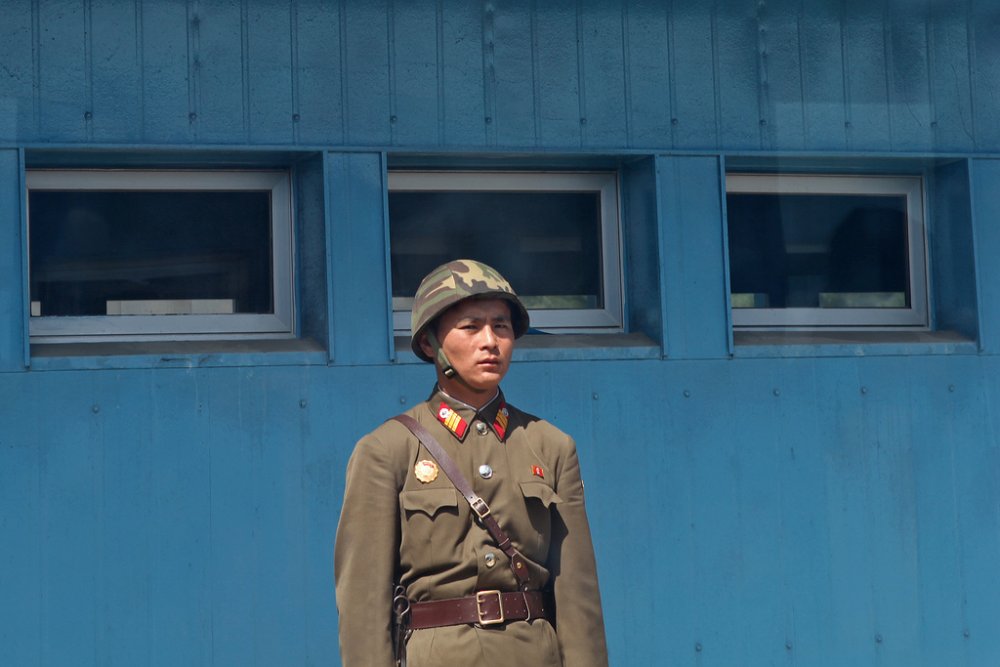 Pyongyang is reportedly broadcasting encrypted messages reminiscent of those used to contact spies during the Cold War.

Evidence suggests that a sixth North Korean nuclear test is coming soon, as U.S. officials report a nuclear device was planted inside the Punggye-ri nuclear test site. Analysts says the testing site is “primed and ready” for another provocation.

As North Korea prepares to mark a key anniversary — the birthday of North Korean founder Kim Il-sung — a U.S. Navy carrier strike group led by the USS Carl Vinson is on its way to Korea.

While tensions are running high and rumors of pre-emptive strikes and nuclear war circulate — especially after President Donald Trump’s strikes on Syria earlier in April and the Islamic State in Afghanistan Thursday — North Korea further complicated the situation Friday morning.

“I’m giving review works in elementary information technology lessons of the remote education university for No. 27 expedition agents,” the broadcaster explained before repeating her message.

The messages are broadcast over shortwave radio.

Yonhap News Agency reports the numbers are different from past announcements. Since June of last year, Pyongyang has broadcast its messages 32 times.

Spying was carried out on both sides of the demilitarized zone (DMZ) in the aftermath of the Korean War (1950-1953), and each side had their own methods.

North Korea stopped sending out messages in 2000 after a historic summit meeting between North and South Korea. The broadcasts went unheard for 16 years until they suddenly began again last summer. North Korea started broadcasting the mysterious messages again on June 24, 2016.

Espionage has become much more advanced in recent years and it is unclear exactly what North Korea is doing. The new messages have not yet been linked to anything disastrous. Some observers suspect that this may be a form of retaliation, a type of psychological warfare aimed at causing confusion in the South.

Infuriating the North, South Korea has allied itself with the U.S. and regularly engages in activities designed to undermine the power and authority of the reclusive North Korean regime, such as aiding defectors, blaring information and music into North Korea over loudspeakers, and slipping in news and cultural information.

At the same time, there is the possibility that the broadcasts are more serious.

North Korea has been stepping up its espionage game since it created the General Bureau of Reconnaissance in 2009, and while tactics like steganography have their uses, shortwave radio broadcasts are more reliable.

“The old number broadcasts are still a dependable and preferable means of communication for spies,” Kim explained to reporters.