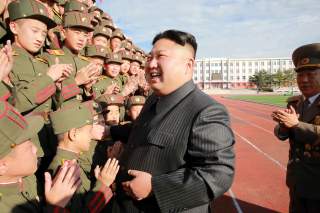 North Korea may engage in offensive cyber operations despite agreeing to a moratorium on missile and nuclear tests during its historic talks with US and South Korean leaders, according to a Tuesday post on 38 North, a Johns Hopkins University website focused on analyzing North Korean affairs.

Adam Meyers, a security and intelligence expert, said the North might carry out such cyberattacks to demonstrate its displeasure with continuing international sanctions against the country.

“Given the North’s capabilities and past targets, future offensive cyber campaigns are likely to focus on Western financial, media, and government sector targets, including the defense industrial base,” Meyers wrote.

The analyst discloses that North Korean operators have been observed in the past several months targeting a variety of organizations that might be considered viable targets for a retaliation, including financial organizations and defense contractors. He adds that “North Korean operators would likely use an existing penetration as a jumping off point looking for a high-profile target to inflict damage upon as a show of force.”

“North Korean cyber operators have demonstrated the ability to successfully breach sensitive systems and organizations,” Meyers went on to say. “Offensive cyber operations provide an asymmetric tool for DPRK leadership and an alternative to military provocations when responding to what they perceive as an attack their sovereignty. Such actions are hard to attribute to specific actors and, as such, may become more common in the coming months.”