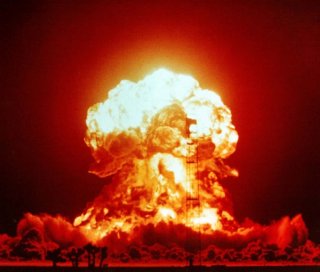 North Korea’s Foreign Ministry slammed the “shamelessness of Israel” on Friday, calling the Jewish State a “rogue group” that “poses a nuclear threat” and commits “terrorist attack[s]” against neighboring countries.

On Friday the Korean Central News Agency released a statement attributed to North Korea’s Foreign Ministry that responded to comments Israeli Prime Minister Benjamin Netanyahu made last week that were critical of the Hermit Kingdom.

“This is an unpardonable insult and provocation to the dignity and social system in the DPRK and the choice made by its people,” the statement said of Netanyahu’s comments, referring to North Korea by its official name, the Democratic People’s Republic of Korea.

The statement then took issue with Israel’s foreign policy in the Middle East, stating: “Israel not only represents dictatorial forces for aggression that trample down the legitimate right of the Palestinian people and indiscriminately kill them but also is a rogue group that poses a nuclear threat and makes terrorist attack[s] on its neighboring countries with lots of nuclear weapons.”

The statement was responding to comments Netanyahu made during a press conference with Japanese Prime Minister Shinzo Abe last week, in which the Israeli leader repeatedly drew parallels between Iran and North Korea.

“And, Prime Minister [Abe], we have something else in common,” Netanyahu began. “We are two peace loving democracies that face formidable threats from nearby rogue states.”

“Both Iran and North Korea are governed by ruthless and extreme dictatorships, states that seek to bully and intimidate their neighbors, and in our case, to actually eradicate us from the face of the earth.”

Noting that “Iran and North Korea have aggressive military nuclear programs,” Netanyahu repeated his plea to not allow Iran to use diplomacy to advance its nuclear program as he alleges North Korea did with the 1994 Agreed Framework. “Iran cannot be allowed to travel the road taken by North Korea.”

It’s not the first time that North Korea has slammed Israel or even Netanyahu publicly. After Netanyahu criticized Pyongyang during a trip to Japan last year, the North Korean Foreign Ministry released a similar statement, which called Israel a "cancer to peace in the Middle East.”

It also accused Netanyahu of trying to use North Korea “to divert international criticism of Israel caused by its settlement activity and breakdown in the Middle East peace talks." Similarly, in last week’s statement, North Korea’s Foreign Ministry said, “Everybody knows about the shamelessness of Israel telling lies and making fabrications and pointing accusing fingers to others to justify its criminal acts and evade the censure and condemnation by the international community.”

Besides trading public insults, Israel has long been concerned about North Korea’s support for Arab states that are hostile to Israel, as well as Iran. In fact, during the 1973 Yom Kippur War North Korea actually deployed a squadron of MiG-21s to Egypt, which engaged in a firefight with Israeli F-4s. Neither side sustained any damage.