North Korea: The “Highest Priority” of the U.S. Intelligence Community 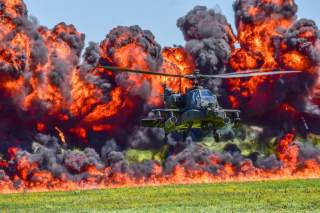 North Korea is making less headlines these days, but that doesn’t mean the threat has vanished, according to U.S. intelligence officials.

“I don’t see anything that should make us feel any better about this threat,” Director of the Central Intelligence Agency Mike Pompeo said during a U.S. Senate Select Committee on Intelligence hearing.

In mid-April, expectations of a sixth North Korean nuclear test coupled with reports that a U.S. Navy carrier strike group was sailing towards the Korean Peninsula sparked fears of a renewed conflict with Pyongyang. The cruise missile strikes on Syria, the bombing of Islamic State in Afghanistan, and American rhetoric that “all options are on the table” led some observers to conclude that the U.S. might take military action against North Korea in the event of a sixth nuclear test. Some news outlets reported as much.

North Korea held a military parade, rolled out a few missile mock-ups and tested a missile, which blew up almost immediately after launch. A couple of days later, it was revealed that the USS Carl Vinson Strike Group — supposedly operating off Korea — was somewhere near Indonesia at the time of the crisis.

Since, then North Korea has made less news, as war no longer appears imminent.

“The risks remain,” explained Pompeo, adding that in addition to ballistic missiles and nuclear weapons, there is also the threat that regional flash points could trigger a major conflict. He warned that the U.S. should not focus solely on the North’s pursuit of intercontinental ballistic missiles.

“American interests are held at risk today,” Pompeo said, referring to U.S. allies and American military assets in the region.

“This threat is very real,” he told the committee, “I wouldn’t say, despite the fact that it has fallen out of the headlines for the moment, that there’s any decreased risk associated with threat from Kim Jong-un.”

“This threat has not only been sustained, it has continued to grow,” said Robert Cardillo, the director of the National Geospatial-Intelligence Agency.