North Korea: Is War Near? 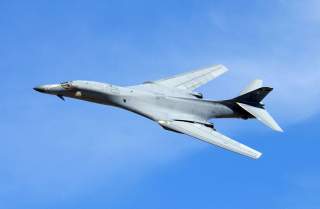 Imagine that you’re on a quest. You’ve journeyed, wearily, for decades. The bones of your dead horses describe a winding trail in the wilderness behind you. You come at last to a cross-roads, from which several paths lead forward. The sole source of navigational guidance is a wizened, monosyllabic stranger. After a series of oblique exchanges, you conclude that along some paths lies the risk of quick death, along others the risk of slow death. None leads to Nirvana.

Okay, that’s about where we are in relation to North Korea. We have in power in Pyongyang a young, ambitious, but insecure leader who has invested a lot of political capital in an accelerating nuclear and missile program. Meanwhile, we have a new administration in the White House—one keen to distance itself from its predecessor’s policy of denial and delay. Presidential elections are under way in South Korea, with the real possibility of a more left-leaning administration coming to power in Seoul after 9 May. There’s a government in power in Japan that’s as strategically forward-leaning as any since WW2, and some Japanese politicians are openly discussing Tokyo’s need for prompt-strike options against North Korea. In Beijing, there’s still a residual commitment to dialogue: the Chinese don’t believe the DPRK yet has a reliable, operational nuclear warhead or an intercontinental ballistic missile. But they’re also starting to believe the Trump administration’s statements that if China doesn’t move to solve the problem of North Korea’s exotic weapons bilaterally, the Americans will do it unilaterally.

Despite all the talk of war, no-one’s in a hurry to fire the first shots. Posturing’s cheap but war’s expensive. Besides, the US believes that posturing’s paying dividends: putting Kim Jong-un on notice, while simultaneously encouraging the Chinese to do more to rein in their erratic neighbor. But Kim believes the same: that his posturing is finally attracting the level of attention befitting North Korea’s needs, and that from this latest swirl of attention he might well emerge with yet another deal that offers both a temporary reprieve for his arsenal and international recognition for his regime.

So, for the moment at least, posturing rules. Unfortunately, that means only that war’s unlikely, not that it’s impossible. Doubtless many observers are hoping the posturing will harden into a long-term policy of deterrence. To be frank, that’s unlikely too. The US can’t have a deterrence relationship with someone who uses VX to kill his own half-brother and attempts to sell lithium-6 on global markets. Great powers might well have—between themselves—deterrence relationships that tolerate a degree of leadership eccentricity, but giants don’t have those relationships with midgets. A long-term deterrence relationship between the US and North Korea is actually one of the least likely outcomes here. It ranks right up there on the implausibility scale with Kim Jong-un opting for unilateral disarmament. War looks more likely than either of those scenarios.

And that’s the nub of the problem: all conceivable solutions to the North Korean issue are unlikely to get us where we want to go. Think about it. Let’s start with the dialogue option. What’re the odds that a revived dialogue, of however many parties, is going to lead to complete, verifiable, irreversible dismantlement (CVID) of the North Korean nuclear program? They’re brutally long. The North Korean regime has made clear, citing the cases of Libya and Iraq, that WMD dismantlement has previously been an invitation to intervention by external powers. Yes, we can have tomorrow a dialogue that doesn’t lead to dismantlement, but what’s the point of that? As Abe told Pence, "dialogue for the sake of dialogue is valueless."

The same thing can be said about sanctions. Can we have another, tougher round of sanctions, including secondary sanctions on those Chinese banks and businesses that help keep North Korea afloat? Yes, probably. Beijing wouldn’t like that much, but the latest report from the UN’s panel of experts suggests we’re still some distance from a set of sanctions that brings genuine pressure to bear on Kim Jong-un’s decisions. That’s not the question, though, is it? The question is, can we ever make sanctions sufficiently forceful that we can bring about the endpoint of CVID? That seems less likely.

What about regime change in North Korea? Regime change in South Africa helped put an end to that country’s nuclear-weapons program, and so might offer a way forward in Pyongyang. Such change doesn’t seem very likely, though. Kim Jong-un’s busy eliminating possible challengers from within the family; the North Korean military seems too politically subservient to stage a coup; and the prospect for a revolution from below seems almost laughably small. Yes, we might be able to assassinate Kim Jong-un—but what comes after? And what happens to the nuclear weapons in that scenario?

Where does all that leave us? Well, there’s good news and bad news. The good news is that the risks of military action make such an option unlikely. The bad news is that our other options are unlikely to succeed. Difficult decisions lie ahead. Complicating those decisions is the element of time. Solving the North Korean problem five years from now is probably going to be harder than solving it now.