North Korea Is Willing To Engage In Talks with U.S. 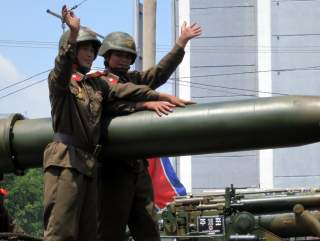 North Korea is willing to engage in talks with the U.S. under the right conditions, a senior North Korean diplomat revealed Saturday.

“We’ll have dialogue if the conditions are there,” Choe Son Hui, head of U.S. affairs for the North Korean foreign ministry, told South Korea’s Yonhap News Agency in Beijing. Choe had just concluded Track 1.5 discussions with former U.S. officials in Norway and was in the process of returning to Pyongyang at the time of the interview.

Choe did not specify what conditions would be needed for a dialogue with the Trump administration.

President Donald Trump told Bloomberg News earlier in May he would be willing to meet with North Korean dictator Kim Jong Un.

“If it would be appropriate for me to meet with him, I would absolutely, I would be honored to do it,” Trump said, adding that such a meeting could only occur under “the right circumstances.”

“Most political people would never say that,” Trump said, “but I’m telling you under the right circumstances I would meet with him. We have breaking news.”

South Korea’s new president has also indicated that he is open to talks with North Korea.

“I will quickly move to solve the crisis in national security. I am willing to go anywhere for the peace of the Korean Peninsula — if needed, I will fly immediately to Washington. I will go to Beijing and I will go to Tokyo,” Moon said Wednesday, according to multiple reports. “If the conditions shape up, I will go to Pyongyang.”

When asked if the North would be open to talks with South Korea’s newly-elected president, Moon Jae-in, Choe replied, “We’ll see.”