A North Korean Nuclear EMP Attack: The Threat America Downplays at Its Peril 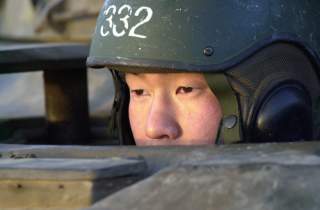 Analysts like Jack Liu and Jeffrey Lewis are to be commended for their interest in educating the public about North Korea’s missile and nuclear programs and endeavoring to provide their readers with “informed analysis.” However, in a series of recent articles, both analysts have written off the possibility of a nuclear electromagnetic pulse (EMP) attack from North Korea as “unlikely” and “science fiction” because they believe the 10 to 20 kiloton nuclear weapons currently possessed by North Korea are incapable of making an effective EMP attack. This dismisses the consensus view of EMP experts who have advanced degrees in physics and electrical engineering along with several decades of experience in the field—with access to classified data throughout that time—and who have conducted EMP tests on a wide variety of electronic systems, beginning in 1963.

By way of background, the Commission to Assess the Threat to the United States from Electromagnetic Pulse Attack was established by Congress in 2001 to advise the Congress, the President, the Department of Defense and other departments and agencies of the US Government on the nuclear EMP threat to military systems and civilian critical infrastructures. The EMP Commission was re-established in 2015 with its charter broadened to include natural EMP from solar storms, all manmade EMP threats, cyber-attack, sabotage and Combined-Arms Cyber Warfare. The EMP Commission charter gives it access to all relevant classified and unclassified data and the power to levy analysis upon the Department of Defense.

In the interest of better informing 38 North readers about the EMP threat, we offer this commentary to correct errors of fact, analysis, and myths about EMP.

Primitive and “Super-EMP” Nuclear Weapons are Both EMP Threats

The EMP Commission finds that even primitive, low-yield nuclear weapons are such a significant EMP threat that rogue states, like North Korea, or terrorists may well prefer using a nuclear weapon for EMP attack instead of destroying a city.[1] In its 2004 report, the Commission cautioned: “Certain types of relatively low-yield nuclear weapons can be employed to generate potentially catastrophic EMP effects over wide geographic areas, and designs for variants of such weapons may have been illicitly trafficked for a quarter-century.”

In 2004, two Russian generals, both EMP experts, warned the EMP Commission that the design for Russia’s super-EMP warhead, capable of generating high intensity EMP fields of 200,000 volts per meter, was “accidentally” transferred to North Korea, and that due to “brain drain,” Russian scientists were in North Korea, helping with their missile and nuclear weapon programs. South Korean military intelligence told their press that Russian scientists are in North Korea helping develop an EMP nuclear weapon. In 2013, a Chinese military commentator stated North Korea has super-EMP nuclear weapons.[2]

Super-EMP weapons are low-yield and designed to produce not a big kinetic explosion, but rather a high level of gamma rays, which generate the high-frequency E1 EMP that is most damaging to the broadest range of electronics. North Korean nuclear tests—including the first in 2006, which was predicted to the EMP Commission two years in advance by the two Russian EMP experts—mostly have yields consistent with the size of a super-EMP weapon. The Russian generals’ accurate prediction of when the North would perform its first nuclear test, and the yield being consistent with a super-EMP weapon, indicates their warning about a North Korean super-EMP weapon should be taken very seriously.

While most analysts are fixated on when in the future North Korea will develop highly reliable intercontinental ballistic missiles, guidance systems, and reentry vehicles capable of striking a US city, the present threat from EMP is largely ignored. An EMP attack does not require an accurate guidance system because the area of effect, having a radius of hundreds or thousands of kilometers, is so large. No reentry vehicle is needed because the warhead is detonated at high-altitude, above the atmosphere. Missile reliability matters little because only one missile has to work to make an EMP attack.

For instance, North Korea could make an EMP attack against the United States by launching a short-range missile off a freighter or submarine or by lofting a warhead to 30 kilometers burst height by balloon. While such lower-altitude EMP attacks would not cover the whole US mainland, as would an attack at higher-altitude (300 kilometers), even a balloon-lofted warhead detonated at 30 kilometers altitude could blackout the Eastern Grid that supports most of the population and generates 75 percent of US electricity.

Moreover, an EMP attack could be made by a North Korean satellite. The design of an EMP or even a super-EMP weapon could be relatively small and lightweight, resembling the US W-79 Enhanced Radiation Warhead nuclear artillery shell of the 1980s, designed in the 1950s. Such a device could fit inside North Korea’s Kwangmyongsong-3 (KMS-3) and Kwangmyongsong-4 (KMS-4) satellites that presently orbit the Earth. The south polar trajectory of KMS-3 and KMS-4 evades US Ballistic Missile Early Warning Radars and National Missile Defenses, resembling a Russian secret weapon developed during the Cold War, called the Fractional Orbital Bombardment System (FOBS) that would have used a nuclear-armed satellite to make a surprise EMP attack on the United States.[3]

Kim Jong Un has threatened to reduce the United States to “ashes” with “nuclear thunderbolts” and threatened to retaliate for US diplomatic and military pressure by “ordering officials and scientists to complete preparations for a satellite launch as soon as possible” amid “the enemies’ harsh sanctions and moves to stifle” the North.[4]

For starters, in his article, Jeffrey Lewis claimed that “just one string of street lights failed in Honolulu” during the 1962 Starfish Prime high-altitude nuclear test, and that this is proof of EMP’s harmlessness.[6] In fact, the EMP knocked out 36 strings of street lights, caused a telecommunications microwave relay station to fail, burned out HF (high frequency) radio links (used for long-distance communications), set off burglar alarms, and caused other damage. The Hawaiian Islands also did not experience a catastrophic protracted blackout because they were on the far edge of the EMP field contour, where effects are weakest; are surrounded by an ocean, which mitigates EMP effects; and were still in an age dominated by vacuum tube electronics. In addition, the slow pulse (E3) component of the EMP waveform only couples effectively to very long electric power transmission lines present on large continents, but were in short supply in Hawaii.

Starfish Prime was not the only test of this kind. Russia, in 1961-62, also conducted a series of high-altitude nuclear bursts to test EMP effects over Kazakhstan, an industrialized area nearly as large as Western Europe.[7] That test damaged the Kazakh electric grid.[8] Moreover, modern electronics, in part because they are designed to operate at much lower voltages, are much more vulnerable to EMP than the electronics of 1962 exposed to Starfish Prime and the Kazakh nuclear tests. A similar EMP event over the US today would be an existential threat.[9]

In his article, Lewis also suggested that vehicle transportation would continue after an EMP event based on the fact that only 6 of 55 vehicles were shut down by a single simulated EMP test on vehicles.[10] However, the EMP test protocol limited testing vehicles only to upset, not to damage, because the EMP Commission could not afford to repair damaged cars. Even with this limitation, one vehicle was still damaged, indicating that at least 2 percent of vehicles were severely affected by EMP damage. Over 50 years of EMP testing indicates that full field damage to vehicles would probably be much higher than 2 percent. Modern vehicles are even more susceptible to EMP attack because of their much larger complement of electronics than present in the vehicles tested by the Commission more than a decade ago. Furthermore, vehicles cannot run without fuel and gas stations cannot operate without electricity. Gas pumps could also be damaged in an EMP attack.

In an article by Jack Liu, he asserts in a footnote that because EMP from atmospheric nuclear tests in Nevada did not blackout Las Vegas, therefore EMP is no threat. However, the nuclear tests he describes were all endo-atmospheric tests that do not generate appreciable EMP fields beyond a range of about 5 miles. The high-altitude EMP (HEMP) threat of interest requires exo-atmospheric detonation, at 30 kilometers altitude or above, and produces EMP out to ranges of hundreds to thousands of miles.

Liu also miscalculates that “a 20-kiloton bomb detonated at optimum height would have a maximum EMP damage distance of 20 kilometers” in part, because he assumes “15,000 volts/meter or higher” in the E1 EMP component is necessary for damage. This figure is an extreme overestimation of system damage field thresholds. Damage and upset to electronic systems will happen from E1 EMP field strengths far below Liu’s “15,000 volts/meter or higher.” A one meter wire connected to a semiconductor device, such as a mouse cord or interconnection cable, would place hundreds to thousands of volts on microelectronic devices out to ranges of hundreds of miles for low-yield devices. Based on our experience with many EMP tests, semiconductor junctions operate at a few volts, and will experience breakdown at a few volts over their operating point, allowing their power supply to destroy exposed junctions.