North Korea’s Nuclear Test Not All Bad News for China 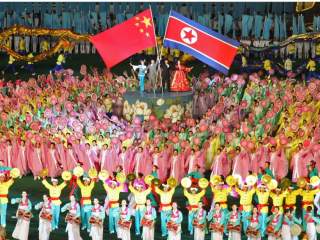 Media attention since North Korea’s nuclear test yesterday has been focused on the veracity of its claims to have exploded a thermonuclear device or ‘hydrogen bomb.’ This is understandable given that a thermonuclear weapon has a destructive power many orders of magnitude greater than a purely fission-based device. However, even if Pyongyang's claims prove to be unfounded, its fourth nuclear test (the first in nearly three years) will still yield valuable data, moving it closer a nuclear-tipped missile capability.

South Korean military sources were quick to downplay Pyongyang's ‘H-bomb’ claims, based on seismic data that suggested a similar explosive yield to that of North Korea's previous nuclear test, in February 2013. The White House followed suit, asserting that “initial analysis was not consistent with North Korea's claims of a successful hydrogen bomb test.”

Though it seems increasingly doubtful that yesterday's underground explosion was thermonuclear in nature, it could nonetheless mark a major stage along the developmental path to Pyongyang's presumed goal of fielding a missile-delivered nuclear capability. Even if, as some have speculated, the North tested a ‘boosted’ fission-based device, this was probably subordinate to the main objective (and technical challenge) of the nuclear test program: to miniaturize a functioning warhead to the point where it can be mounted on an existing ballistic missile design.

Yesterday's test appears to have achieved a notable degree of surprise, notwithstanding intermittent reports of activity at the test site over recent months. Western intelligence agencies will be on alert in the wake of the test for indications that North Korea is moving closer towards an operational nuclear missile capability. Signs of progress could prompt calls for the United States to accelerate ballistic missile defense, or even to reintroduce nuclear weapons to the Peninsula.

In the aftermath of this latest ‘provocation,’ there is little reason to expect that Washington will expend political capital on re-engaging the North for the remainder of Obama's second term, especially given the sour precedent of the February 29 agreement concluded towards the end of Obama's first term. The death this week of Stephen Bosworth, Obama's first-term envoy on North Korea, compounds the ill omens for U.S.-North Korean relations.

Any rapprochement between Pyongyang and Seoul during the remainder of President Park's term in office is likely to be another diplomatic casualty of the test, which has made a mockery of Kim Jong-un's call for reconciliation across the divided peninsula, voiced in his new year address barely a week ago. Some will interpret the nuclear test as a deliberate derailing of inter-Korean relations by hardline opponents in the regime. But the more basic worry has to be the poor quality of decision-making around Kim Jong-un himself and his appetite for risk-taking now that there are no obvious restraining figures outside of the military.

The test must also have put paid to UN Secretary General Ban Ki-moon's rumored plans to visit Pyongyang. The UN Security Council moved quickly to label the test as “a clear threat to international peace and security,” paving the way for an expansion of sanctions. But given the comprehensive measures already in place from a catalogue of past UN Security Council resolutions, it is not clear what else can be meaningfully enacted via the UN route.

Therefore, the onus will predictably fall upon China to exert pressure over its estranged ally. Significantly, China has said it was not informed in advance of the test. On one level, Beijing's swift expression of firm opposition underlines how the bilateral relationship has sunk to an all-time low since the death of Kim Jong Il.

On a realpolitik level, however, the distraction value of North Korea's nuclear test will make it harder for Washington to maintain policy focus on the South China Sea, at a time when the Administration's cautious conduct of freedom of navigation operations is already under fire from critics such as John McCain. North Korea is the one regional security issue where Washington consistently courts greater Chinese assertiveness. If Beijing sees this as a timely source of leverage in Sino-U.S. relations, Pyongyang's latest nuclear escapade may not be entirely unwelcome.

Euan Graham is Director of the International Security Program at the Lowy Institute. This article first appeared on the Interpreter.