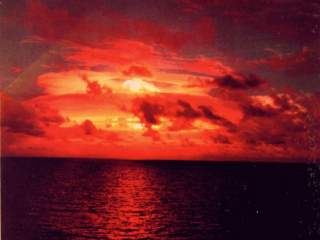 North Korea announced Wednesday that it has conducted a successful H-bomb nuclear test of a miniaturized warhead.

Prior to the announcement, sensors had detected a 5.1-magnitude seismic event at the same approximate location of North Korea’s 2013 nuclear test. Nuclear experts are continuing to analyze the data, but preliminary assessments are that North Korea did conduct its fourth nuclear test.

North Korean leader Kim Jong-un asserted last month that his country had built a hydrogen nuclear bomb to “defend its sovereignty and the dignity of the nation.” Kim’s initial assertion about hydrogen bombs was met with expert skepticism, and it is more likely that Pyongyang has achieved a boosted fission rather than a fusion bomb. Such a weapon would be larger than its first three nuclear tests (and the 1945 U.S. atomic weapons) but not of the magnitude from a hydrogen fusion bomb.

Experts estimate that Pyongyang currently has 10-16 nuclear weapons with potentially as many as 50-100 by 2020. North Korea has likely already achieved warhead miniaturization, the ability to place nuclear weapons on its medium-range missiles, and a preliminary ability to reach the continental United States with a missile.

Washington should immediately request a UN Security Council meeting to produce a new resolution to impose stronger punitive sanctions and close loopholes, such as including Article 42 of Chapter VII of the UN Charter, which allows for enforcement by military means. Washington should call upon all UN member nations to fully implement existing sanctions to hinder North Korea’s procurement and export of missile-related and WMD-related items.

In addition to UN actions, Washington should augment U.S. sanctions. President Barack Obama’s assertion that North Korea is the most heavily sanctioned country in the world is simply not true. The Obama Administration has not fully implemented U.S. laws and has targeted fewer North Korean entities than those of the Balkans, Burma, Cuba, Iran, and Zimbabwe. The United States should target financial and regulatory measures against any government, financial or business entity assisting North Korean nuclear, missile, and conventional arms; criminal activities; money laundering; or import of luxury goods.

For its part, South Korea should resume propaganda broadcasts along the demilitarized zone, sever its involvement in the joint economic venture with North Korea at Kaesong, and request U.S. deployment of the THAAD missile defense system to augment South Korea’s indigenous system, which is insufficient to defend against North Korea’s growing nuclear and missile threat.

North Korea’s nuclear test is a serious and irreparable violation of numerous UN Security Council resolutions. It reflects Pyongyang’s continued pursuit of its prohibited nuclear weapons programs in open defiance of the international community despite countless attempts by the United States and its allies to reach a diplomatic resolution.

The regime has repeatedly asserted it has no intention of ever abandoning its nuclear weapons and its continuing improvement and augmentation of its nuclear arsenal threatens the United States and its allies. It is time for the Obama administration to abandon its policy of timid incrementalism and fully implement existing U.S. laws by imposing stronger sanctions on North Korea and work with Congress to determine additional measures.

Bruce Klingner, a senior research fellow for Northeast Asia at The Heritage Foundation's Asian Studies Center, spent twenty years in the intelligence community working at the CIA and Defense Intelligence Agency. This article first appeared on the Daily Signal.