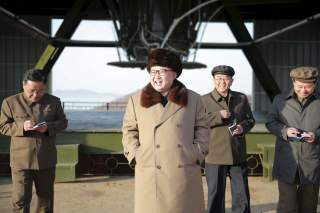 This is a hard essay to write.

It is admittedly an awkward attempt to distill a lesson from a tragedy in order to apply it to a far larger problem facing our nation. In the navy, sailors are taught a simple dictum: ship, shipmate, self. Those are your priorities, in that order. Place your ship and your fellow sailors before your own individual needs. At 1:30 a.m. on June 17, 2017, this rule was tested as the container ship ACX Crystal impacted the destroyer USS Fitzgerald, opening a thirteen by seventeen-foot hole in the side of the ship, flooding a berthing space where thirty-five members of the Fitzgerald’s crew lay sleeping. The impact awakened some of the crew, others slept through the experience, only to be jarred from sleep by shouts of “Water on Deck!” and “Get out!” moments later. Cold sea water poured into the room in a torrent. The accident report stated that senior sailors assigned to the berthing space quickly checked for shipmates who still might be asleep in their beds. Later individual accounts stated that by the time the third sailor to exit the berthing area arrived at the ladder leading up out of the space, the water was already waist deep.

It is difficult to convey the mayhem that must have existed in the space. At the hour of the accident, the room was lit only by a red light in an attempt to preserve the night vision of people proceeding on watch, but the collision had knocked even that dim light out of service. Battle lanterns automatically came on, but their light was limited. Debris, mattresses, chairs, tables and personal effects began to float and block sailors in their efforts to reach safety. Additionally, the ship had begun to list immediately following the collision, a condition that increased as flooding spread into the hull and sailors found themselves struggling against the tilting deck. Still, the accident report reveals that the men lined up in an orderly fashion to exit the space through the port side hatch, which was a horizontal door at the top of a stair. The crew had to escape through a round hole no more than thirty inches in diameter. By this time surviving sailors reported that they were up to their necks in water, yet they remained calm. Two senior sailors positioned themselves at either side of the stair to assist people until they were forced out of the compartment themselves. Once outside the hatch, they continued to search with lights down into the dark gushing water, pulling two additional shipmates out even as the water began to surge through the hatch. The last sailor pulled from the space had bloodshot eyes and retched up water from his already partially filled lungs. Then the sailors had to make the hard decision.

The ship was already listing as water poured in through the crushed hull. If the flooding continued to spread, the list would increase, possibly resulting in the entire ship foundering and sinking, resulting in many more deaths. Yet, these sailors knew that there were other shipmates still in the compartment. They knew that Fire Controlman First Class Gary Rehm, who had already saved one sailor in the compartment from being trapped under debris, had gone to search for more of “his kids” and there were other great American sailors missing as well. It would have been easy to leave the hatch open a bit longer, to hope that others would come out of the now water filled space. Further delay risked the lives of the entire crew, so the sailors made the tough decision, and closed the hatch, attempting to lock it shut. In hindsight, every professional mariner knows they made the right call, but no one knows or can take away the nightmares will haunt them for taking that awful responsibility.

Why is this important? Beyond the sadness, pride and hope that someone gets both recognition and help in dealing with the aftermath of assuming such a burden, this example also points to a broader lesson that is illuminating within our civil-military relations. Ship, shipmate, self is well understood by the other military services. They each have their own high traditions of sacrifice and service and more broadly the dictum can be converted into nation, citizens, service members as soldiers, sailors, airmen and marines are taught from basic training onward to place the nation and its citizens before their individual needs and to be prepared to take heavy responsibilities upon themselves. In short, the military understands how to make the hard calls, to accept some losses now in an attempt to avoid catastrophe later. So, when a senior military member tells you that war with North Korea is “not unimaginable,” counter to statements from so many prior administration officials, or the secretary of defense stating, “Any threat to the United States… will be met with a massive military response,” you can believe they are imagining it in all its gruesome detail.

Individuals like Secretary of Defense James Mattis, White House chief of staff John Kelly, National Security Advisor H. R. McMaster, Chairman of the Joint Chiefs, Gen. Joseph Dunford and Commander of the Pacific Command Adm. Harry Harris know that any military operation directed against North Korea will result in tens of thousands of casualties for South Korea, Japan and the United States. Thousands of artillery tubes are at the ready in the North, pointing at South Korea’s capital city of Seoul. North Korea also has an extensive collection of long-range rockets, as well as a small supply of nuclear weapons, thanks to the failed deterrence policies of previous administrations stretching back to Bill Clinton. However, the real danger for all involved is the marrying up of two separate initiatives; the development of a multistage rocket that can reach the United States and the creation of a miniaturized nuclear weapon. The test of what appears to be a hydrogen bomb certainly suggests that North Korea is on that path. Should these two initiatives be combined, the world will face a Ghostbusters “crossing of the streams” crisis that no one should be willing to accept.

We should not accept this because North Korea under the leadership of Kim Jong-un cannot be trusted to behave as a rational actor. The young Kim, the hereditary leader of the Stalinist-Communist state in North Korea, is at the head of a nearly religious cult that promotes an image of the Kim as an inspired military genius gifted with infallibility, and in his sycophantic court he has begun to believe his own press clippings. Kim Jong-un has murdered his own brother, executed dissenters with a firing squad made up of anti-aircraft guns and ordered that an American college student be beaten to death. He possesses the characteristics of a madman and he is firmly committed to his family’s long standing goal of re-uniting the Korean Peninsula under Kim rule. As such, he cannot be trusted to utilize nuclear weapons as instruments of strategic deterrence as other nuclear powers do. He is incapable of the restraint necessary to maintain peace.

Hence, when military leaders publicly state that military options to prevent North Korea from combining rockets with miniaturized nukes are on the table, it is important to realize that they understand that casualties, tens of thousands, are part of the calculation, but that they also realize that the risk of millions being lost if Kim Jong-un fulfills his plans are at the other end of the scale. Mattis, Kelly, McMaster, Dunford and Harris are leaders who realize the importance of closing the hatch to save the entire ship and they can be counted on the provide the president with the stark choices that exists. None of this is easy.

Presently we should, by all means, continue to look with our lights down into the dark swirling waters. Talks should continue. UN resolutions should be passed. Sanctions should be levied. Pressure should be brought to bear on China, Russia, Iran and anyone else who supports the criminal Kim regime. Consideration should be given to moving nuclear weapons back into South Korea. Japan should look at the idea of fielding nuclear weapons of their own. In short, everything should be done to avoid war, but if Kim Jong-un continues to bring the two streams of rockets and miniaturized nuclear weapons together, something must be done. That outcome is truly unacceptable.

Despite the imagery and statements of past administrations, there are no real “Reset” or “Easy” buttons in nuclear competitions and there will be no mulligans if mistakes are made. All options in this scenario are awful, but someone has to make the decision that is least horrific. National leaders who imagine war with North Korea in order to keep the murderous and irrational Kim regime from achieving rocket propelled nuclear weapons know the burden of the nightmares that will be unleashed and are willing to consider the loss of thousands in order to preserve the lives of millions. President Trump has emphasized that he plans to solve the North Korean problem and not pass it off to his successor. Ship, shipmate, self. If it gets to that point, someone will need to close the hatch.