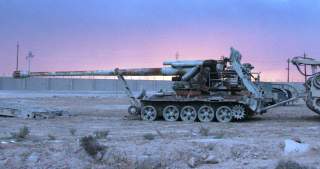 In the fall of 1966, things really began to change on the Korean Peninsula.

The armistice agreement that had marked the de facto end of the Korean War in 1953 had created a demilitarized zone between North and South Korea, a buffer area intended to keep the two countries at a remove.

It didn’t always work. In the years since the ceasefire, the DMZ would be home to occasional clashes which served as brief reminders that the two countries were technically still at war. In 1965, North Korean forces killed 20 South Korean soldiers and four in the year before that.

But starting in mid-October, the atmosphere along the DMZ took a dark turn, foreshadowing a bloody end to the decade. North Koreans, often intelligence agents looking to cross the border through the DMZ, had generally avoided U.S. and South Korean patrols so they could slip through unnoticed.

Now, North Korean forces were heavily armed and actively seeking them out. In a five-day period starting on Oct. 13, 1966, North Korean troops carried out five ambush attacks against soldiers from the Republic of Korea.

U.S. president Lyndon Johnson was scheduled to visit South Korea in a few weeks, but the CIA dismissed the idea that the violence was related. A Presidential Daily Brief offered instead that Pyongyang might be looking to test the mettle of a handful of units that Seoul had recently deployed to the DMZ.

Then on Nov. 2, just as Johnson was about to end his trip to South Korea, a North Korean ambush killed six American troops and one South Korean soldier.

The incidents marked the opening salvos in a campaign of subversion and guerrilla warfare that plunged the Korean Peninsula into violence throughout the late 1960s. Kim Il-sung, founder of the Stalinist dynasty that has ruled North Korea since 1948, had decided to send hundreds of commandos and intelligence operatives to the South to recruit disaffected citizens, carry out acts of sabotage, attack U.S. and ROK troops and build the covert infrastructure to foment a communist revolution.

Intelligence analysts at the time offered a range of motives as to why Kim embarked on his guerrilla campaign of the late 1960s. Explanations included a desire to stir up discontent with the dictatorship of South Korean president Park Chung-hee and put pressure on South Korean forces as the country’s military was also fighting Pyongyang’s comrades in Vietnam.

Regardless of the intent, the efforts ultimately failed. Kim and his covert warriors fundamentally misjudged the political climate among South Koreans, whose staunch opposition to communism and North Korea proved a hostile climate for the North’s attempts to sow revolution.

North Korea began expanding the infrastructure for its revolutionary campaign as early as 1965. Interrogations of captured agents revealed that North Korea’s intelligence agencies started ramping up the training of agents that year and including guerrilla warfare instruction in their curriculum. By 1967, Pyongyang’s spy agencies would be able to crank out an estimated 500 agents a year.

There were also overt hints of a shift in policy. Shortly before the mid-October clashes, Kim Il-sung gave a speech to the Korean Worker’s Party in which he promised a more aggressive line towards both the the South and the United States. Kim thundered that the time had come for revolution in the ROK and that it must be achieved by “violent and nonviolent struggles, legal and illegal struggles.”

Kim also called for fellow communists around the world to rise up against the United States, particularly in Vietnam. A victory against America there, he argued, would shatter the “illusion” of American military might.

After November 1966, the DMZ went quiet again. Incidents along in the border traditionally followed a seasonal pattern and so the lull wasn’t altogether surprising. Since 1953, the North had sent intelligence operatives into DMZ.

In general, North Korean infiltration attempts would peak in the fall and then taper off from November through February. Winter brought the added difficulty of snow and stripped the trees and bushes around the border of their leaves, making concealment harder for agents looking to avoid discovery.

When warm weather came, the operations would start up again.

By the summer of 1967, incidents along the DMZ had already spiked dramatically over previous years, with an uptick in North Korean reconnaissance probes on the positions of United Nations Command forces, comprised of American and South Korean forces operating under U.N. auspices.

The CIA reported that there had been some 200 encounters that year, compared with just 44 in 1966.

The campaign of harassment wasn’t just limited to humans. That summer, Time magazine reported that the Korean People’s Army, aware that the ROK used male dogs to search the border for intruders, began patrolling their side with female dogs in heat in a comic attempt at subversion against South Korea’s canine troops.

Beyond the DMZ, North Korean intelligence increased the number of operatives it sent farther into South Korea. As many as 60 North Korean armed agents split up into nine teams were now inside the South with an estimated 10,000 South Korean security forces trying to track them down.

The agents were staying in the South for longer than they used to and “making greater use of radio and clandestine means of communication,” according to the State Department.

They were also taking on a new mission. The CIA warned that the agents were “attempting sabotage missions for the first time since the Korean Armistice.”

In the spring, the North began to increase its use of covert seaborne landings to sneak operatives into the ROK.

North Korean intelligence started expanding the maritime infrastructure to support these covert landings as early as 1965 and by 1970 reconnaissance photos and defector interrogations indicated that the Pyongyang had expanded the number of sea infiltration bases along the North Korean coasts from six to 20.

The bases, scattered along its eastern and western coasts, resembled fishing villages from the outside but often contained housing for troops and their families as well as docking facilities where infiltration boats could berth.

The boats looked like fishing vessels and could move at a speedy 30- to 35-knot clip, allowing agents to travel farther and faster into the ROK than infiltration by foot would allow across the border. In the event of a confrontation with South Korean forces, the boats came packed recoilless rifles and deck guns.

Captured infiltration boats were often between 75 and 80 feet long and could hold as many as 40 men.

But it was the mission of the military officers on these amphibious landings that signaled trouble ahead. Pyongyang instructed the men to move into the South Korean interior, scout for locations that could serve as a springboard for guerrilla operations and then head home before the cold weather arrived again.

The machinery of covert war

When Kim Il-sung kicked off his secret war in the late 1960s, his covert bureaucracy was often reading from a playbook that had been honed both before and during the Korean War.

Before the war, North Korea trained personnel for infiltration and guerrilla war with the help of the Kangdong Political Institute. The Institute, created in 1947, instructed roughly 630 agents with military training to spur a revolution in the south. When the agents were sent South in 1949 and failed to bring about the hoped-for uprising, Kangdong closed its doors.

The Hoeryong Cadres School took over Kangdong’s work and its staff and instructors comprised much of the personnel for a newly established guerrilla outfit, the 766th Independent Unit. The 766th, commanded by the Hoeryong school’s leader, General O Chin-u, would later become a model for the guerrilla units the North established in the 1960s.

During the Korean War, it carried out a series of amphibious landings on the east coast of the Korean peninsula in the opening days of the Korean war, including one at Ulchin where, some 18 years later, its successors in the 124th Army Unit would come ashore in nearly the same spot.

The Reconnaissance Bureau, created in 1948, carried out some agent operations during the Korean War. It used a host of recruits, drawn primarily from those with family backgrounds in the South, to collect intelligence on military targets, dressing them in civilian clothes and plying them with gold to pay for their operations.

By the 1960s, a rough division of labor emerged between the various units for each activity in South Korea and along the DMZ. Not that it was always respected — responsibilities often overlapped and the North’s covert organs sometimes jockeyed among each other for favor and status within the North’s security bureaucracy.

For political operations, agent recruitment and seaborne infiltration, the Liaison Department of the Central Committee of the Korean Workers’ Party took the lead.

Along the DMZ, Foot Reconnaissance stations collected intelligence on U.S. and South Korean forces guarding the other side of the border, occasionally provoking firefights but rarely venturing into South Korea itself.

Guerrilla operations fell to the Reconnaissance Bureau and the units under its command. The Bureau’s 124th Army Unit, in particular, would end up carrying out some of the most daring operations throughout the period.