North Korea's Spy Agencies Should Not Be Underestimated 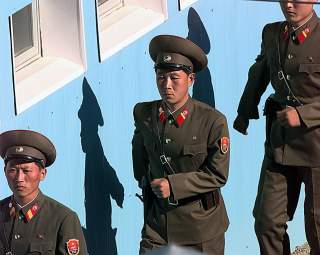 North Korea maintains an extensive intelligence collection and security apparatus—as might be expected of a totalitarian regime such as the so-called Democratic People’s Republic of Korea.

North Korea’s internal security agency—though it might have some foreign intelligence functions too—is the Ministry of State Security. Not coincidentally, it shares the same name as the Soviet Union’s Stalinist-era Ministry of State Security—Ministerstvo Gosudarstvennoy Bezopasnosti in Russian—the MGB. Indeed, the North Korean agency was modeled on the Soviet-era organization.

North Korea also maintains two other units specifically designed to infiltrate the South. One is overt, while the other group is covert. “The United Front Department (UFD) overtly attempts to establish pro-North Korean groups in South Korea such as the Korean Asia-Pacific Committee and the Ethnic Reconciliation Council,” the report states. “The UFD is also the primary department involved in managing inter-Korean dialogue and North Korea’s policy toward South Korea.”

The UFD also has a covert counterpart that trains infiltrators and attempts to sow dissent and chaos in the South. “The 225th Bureau is responsible for training agents to infiltrate South Korea and establishing underground political parties focused on fomenting unrest and revolution,” the Pentagon report states.

North Korean intelligence apparatus is one of Pyongyang’s strong suites. Indeed, Pyongyang’s security services have demonstrated their ability to strike far from home as was shown during the assassination of Kim Jong-Nam—elder half-brother to the North Korean despot—in Malaysia. The Kim regime’s intelligence apparatus is ruthless and effective and could be used to good effect during any conflict on the Korean peninsula.