NORTHCOM: How America Should Deal With Russia’s Nuclear “Deescalation” Doctrine 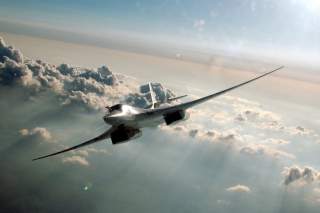 We have been building on Paul Bracken’s work on the second nuclear age to focus on the impact of the rethink regarding nuclear weapons going on globally.

SLD: And to the point of different perspectives, that really goes to the heart of the matter.  We are not going to bargain with ourselves.  And in the world we are in and it will get worse from this point of view, there is no clear ladder of escalation.  The rules are not clear, and learning will be by crisis not strategic design.

Bracken: The absence of any clear escalation ladder is at the heart of the challenge.

If you knew how many weeks I wasted on trying to construct the follow-on escalation ladders for the 21st Century but could not convince myself that they were worthwhile.

In the first nuclear age it was learning by crisis, and we got fortunate because the crises that started were not particularly severe. If the Cuban Missile Crisis had come in the late ’40s, God only knows what would’ve happen.

Nonetheless, I think we need to prepare for a crisis exploitation which crystallizes the issues we’re talking about, much as 9/11 did. Many people prior to 9/11 were talking about, terrorism, counterterrorism, but nobody paid any attention to them.

The early Bush administration in 2000 was dismissive because they had other fish to fry and then 9/11 happens and the existence of prior thinking on counterterrorism was rapidly exploited.

The kind of crisis in which learning might occur could revolve around something like the Pacific islands in dispute in the South China Sea.

If there’s a major Chinese move against one of these islands, the Japanese and US forces will be forced to respond.

But what if the Chinese start moving some nuclear weapons around?  What do we do then?

That’s really a distinct possibility. But I cannot find anybody in the U.S. government who really thinks about the realism of such a situation like that.

Well we did find someone thinking about that, and he is the current head of NORTHCOM and NORAD.

Admiral Gortney provided a thoughtful look at how the second nuclear age is affecting the threat calculus against North America.

Question: The Russians are not the Soviets, but they are generating new capabilities, which clearly provide a need to rethink homeland defense.

How would you characterize the Russian dynamic?

Answer: With the emergence of the new Russia, they are developing a qualitatively better military than the quantitative military that they had in the Soviet Union.

They have a doctrine to support that wholly government doctrine. And you’re seeing that doctrine in military capability being employed in the Ukraine and in Syria.

For example, the Russians are evolving their long-range aviation and at sea capabilities. They are fielding and employing precision-guided cruise missiles from the air, from ships and from submarines.

Their new cruise missiles can be launched from Bears and Blackjacks and they went from development to testing by use in Syria. It achieved initial operating capability based on a shot from a deployed force.

The Kh-101 and 102 were in development, not testing, so they used combat shots as “tests,” which means that their capability for technological “surprise” is significant as well, as their force evolves.

The air and sea-launched cruise missiles can carry conventional or nuclear warheads, and what this means is that a “tactical” weapon can have strategic effect with regard to North America.

Today, they can launch from their air bases over Russia and reach into North American territory.

The challenge is that, when launched, we are catching arrows, but we are not going after the archers.

The archers do not have to leave Russia in order to range our homeland.

And with the augmentation of the firepower of their submarine force, the question of the state of our anti-submarine warfare capabilities is clearly raised by in the North Atlantic and the Northern Pacific waters.

What this means for NORAD as well is that limiting it to air defense limits our ability to deal with the multi-domain threat.

It is an air and maritime threat and you need to go on that tack and defense through multiple domains, not simply the classic air battle.

The Admiral wisely underscored the point that it was crucial to understand what was in the mind of North Korea and Russia when contemplating nuclear use.

Question: The nuclear dimension is a key part of all of this, although there is a reluctance to talk about the Second Nuclear Age and the shaping of deterrent strategies to deal with the new dynamics.

With regard to Russia, they have changed their doctrine and approach.

How do you view their approach and the challenge to us which flows from that change?

Answer: Both the Chinese and Russians have said in their open military literature, that if conflict comes, they want to escalate conflict in order to de-escalate it.

Now think about that from our side. And so now as crisis escalates, how will Russia or China want to escalate to deescalate?

One has to think through our deterrence strategy as well.

What deters the current leader of North Korea?

What deters non-state actors for getting and using a nuclear weapon?

What will deter Russia from using tactical nuclear weapons in the sequence of how they view dealing with conventional war?

It is not my view that matters; it is their view; how to I get inside the head of the 21st century actors, and not simply stay in yesterday’s set of answers?

If one begins to think through what we have seen from the Russians under President Putin we clearly see significant changes in defense policy, capabilities and approaches.

The Syrian operation saw a deployable air and maritime strike force move to the chess board of global conflict and achieve key objectives which the political leadership had set for them. Then many of those forces were withdrawn.

The Russians ended up with an enhanced presence structure through the intervention and political credit in the region for bolstering the regime in power.

They also used the cruise missiles for the first time that the Admiral referred to as well.

Putin made the nuclear connection himself.

For the Russians, President Putin announced in December 2015, that Kalibr cruise missiles had been fired by the submered Rostov-on-Don submarine from the Mediterranean for the first time.

He said TU-22 bombers also took part in the latest raids and that “significant damage” had been done to a munitions depot, a factory manufacturing mortar rounds and oil facilities. Two major targets in Raqqa, the defacto capital of Isis, had been hit, said Mr Shoigu.

President Putin said the new cruise missiles could also be equipped with nuclear warheads – but that he hoped they would never need them.

He said: “With regard to strikes from a submarine. We certainly need to analyse everything that is happening on the battlefield, how the weapons work. Both the [Kalibr] missiles and the Kh-101 rockets are generally showing very good results.

We now see that these are new, modern and highly effective high-precision weapons that can be equipped either with conventional or special nuclear warheads.”

The intervention in Ukraine demonstrated as well a skillful seizure of Crimea, and use of information warfare, special forces, and internal subversion in Ukraine. There was very little interest demonstrated in a full up classic invasion of Ukraine by a large Soviet army group.

In fact, if one looks carefully at the Russian military and how it has been modernized, the shaping of an intervention force using modern means, and technologies has been a clear priority over the force structure used in the past built around large army groups.

Not only is this more effective to serve the global policy of Putin, but if one inserts tactical nuclear weapons within a conventional calculus, there really is no need for a large Soviet army group.

Strategic deterrence holds for the US will not allow the Russians to shape an arsenal that would have decisive consequences in nuclear exchanges, or put more bluntly, the US should focus on nuclear modernization which keeps this kind of nuclear deterrence in place.

Yet there is no real consideration in US defense strategy for having nuclear weapons thought of OUTSIDE of a ladder of NUCLEAR escalation strategy.

But what if small yield and precise nuclear weapons are used with limited effect to stop any potential war in the West for such use with Europe in increasing disarray might make sense to achieve political results of fundamentally collapsing the Western Alliance, the threat still considered by Putin a key one to Russia and its ambitions?

In the end, however, our nuclear force crews, and the American public, see the threat of full-scale nuclear war as “simply nonexistent.”

Not so in Russia. They’re ready. And what would we do if they used these tactical nukes against one of its neighbors?

This same question never seems to go away.