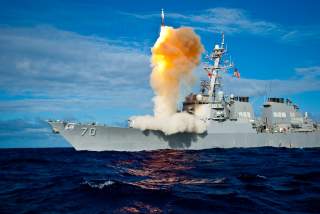 The maritime weapons system received another financial boost yesterday when the Navy awarded Northrop Grumman a $15 million contract to support the Aegis combat system. Services include engineering, computer programming, and other post-event analyses for the numerous ships that sport Aegis.

The system is a centralized and automated weapons control system. As a total weapons system, Aegis can search, detect, target and kill at the same time.

Most of the Navy’s fleet has received the Aegis system or Aegis upgrades over the past year. Lockheed Martin — the system’s original developer — has been boosting anti-air warfare and ballistic missile defense capabilities on destroyers, cruisers, and aircraft carriers. The company recently received a $77 million contract modification to modify and stabilize the Aegis computer program’s software and other related actions.

Additional contract options could push the cumulative value to more than $22 million. The Navy obligated $60,000 at the time of the award. Contract funds won’t expire at year’s end. Most of the contract concerns Navy purchases, but a small percentage does include foreign military sales to governments like Norway, South Korea, Spain, Bahrain, Italy, Australia and Japan.