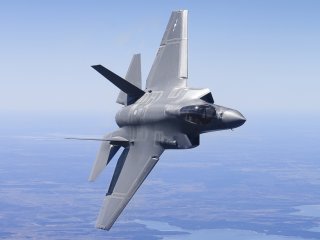 The Government Accountability Office (GAO) is voicing opposition to the Pentagon’s plan to manage the Lockheed Martin F-35 Joint Strike Fighter’s Block 4 upgrade as a continuation of the existing program. The planned upgrade—which is expected to cost more than $3 billion—is large enough to qualify a major defense acquisition program by itself.

“This modernization effort is like a new program with estimated costs of about $3 billion over the next six years,” Michael Sullivan, director of acquisition and sourcing management issues at GAO, told the House Armed Services Committee on March 23. “That price alone would qualify it as a major defense acquisition program in it own right and it should be managed as such.”

That is the only way to ensure that the Block 4 upgrade is subjected to the proper regulatory and management oversight as well as reporting requirements as any other program, Sullivan said. The F-22 Raptor’s upgrade program is managed as a separate major defense acquisition program.

“The F-22 provided precedent for this,” Sullivan noted. “It began its modernization effort as part of the existing baseline program and it eventually established the separate business case and eventually developed into a major acquisition program.”

Indeed, the F-22 upgrade program has all of the hallmarks of a separate program including its Milestone B review to transition into the engineering and manufacturing development (EMD).

The F-35’s projected Block 4 is critical for the new stealth aircraft to meet the U.S. Air Force’s full warfighting capability—Maj. Gen. Jeffrey Harrigian, the service’s F-35 integration director told Congress on October 21, 2015. The package includes a medley of new capabilities including upgraded electro-optical sensors, improve electronic warfare and radar modifications. “We will improve electronic attack [e.g. jamming]. We will improve electronic warfare. We will improve the radar,” said Lt. Gen. Chris Bogdan, F-35 program executive officer told reporters that same day. “We will add many weapons in Block 4, many unique weapons that the [foreign] partners need and use.”

Bogdan opposes managing Block 4—which will be awarded in 2018 as a distinct new contract to Lockheed—as a separate program, however.  According to the general, managing Block 4 as a new program could add six month to a year of delays to the program.

The Pentagon is currently planning to manage Block 4 out of the current JPO. It remains to be seen if the Congress will acquiesce to the Pentagon’s whims.