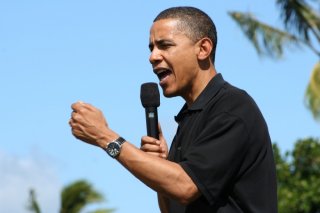 Following a successful effort by 42 Democratic senators to block a resolution of disapproval, the nuclear agreement between Iran, the United States, and its international negotiating partners, was not derailed during the congressional review period. Winning this hard-fought victory required the Obama administration to learn lessons from its previous efforts to pass major legislation through Congress; protecting and effectively implementing the Iran nuclear agreement will require more of the same.

For the Iran agreement, the administration put on a full-court coordinated campaign.  The energetic and peripatetic Secretary of State, John Kerry, was at the forefront and Department of Energy Secretary, Dr. Ernest Moniz, proved to be a secret weapon, both in negotiating the agreement's technical aspects and in explaining it in layman's terms. President Obama and Vice President Biden were fully engaged—and so were their key staff members.

But as we learned, with so many other wins in these hyper-partisan times, the fight is never over. A stark example is the experience with the Affordable Care Act (ACA) or “Obamacare.” The GOP-controlled House had voted to repeal the ACA fifty times when I lost count.  Every GOP 2016 presidential candidate has pledged to "repeal and replace" the ACA without offering any plan for replacement or to so amend it as to make it unrecognizable. Attempts are being made to administer death by a thousand cuts: eliminate the medical devices tax or the 2018 Cadillac tax on employer provided health insurance or whatever will keep up the attack—and always in pursuit of litigation in lieu of legislation.

The same future seems to be in store for the Iranian nuclear agreement. Most GOP presidential candidates seem to only disagree whether they will strike it down from the Inaugural podium or wait until they get to the Oval Office. Not content to wait, Sen. Lindsey Graham (R-S.C.) has threatened to deny the funding that the International Atomic Energy Agency (IAEA) needs to implement the agreement unless the IAEA violates a confidentiality agreement with Iran. Indeed, some in Congress falsely claim that until these confidential agreements to which the U.S. is not a party are sent to Congress, the 60 day review clock has not even started.  And an organization called "United Against Nuclear Iran" has developed model legislation for individual States to sanction Iran in hopes of derailing the agreement. And, of course, in the absence of the ability to legislate, House members are threatening to file lawsuits.

It would be more than ironic to have those who expressed concern with verification to cut funding needed for that task—it would be cynically hypocritical. But based on the ACA experience, we are in "no holds barred" territory and the administration has to be prepared to actively respond to the coming attempts to unravel the Iran nuclear agreement. It also will be critical that they don’t allow this to in any way detract from the proper implementation of the agreement to ensure that there is no Iranian nuclear weapons program for the foreseeable future.

Col. Richard Klass, USAF-Ret., is a graduate of the United States Air Force Academy and the National War College, a Rhodes Scholar and a combat veteran. He is vice chairman of the Center for Arms Control and Non-Proliferation.