Is Now the Time to Launch a Preemptive Military Strike on North Korea? 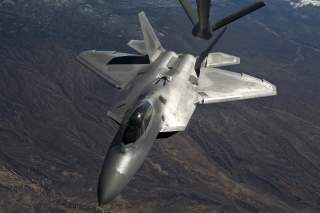 As tensions with North Korea rise to dangerous levels, there are voices in the Congress starting to call for a preemptive military strike on the regime in Pyongyang.

Indeed, polls indicate that a majority of the American population is supportive of military action against North Korea.

“You could assume, right now, that we have a nuclear missile aimed at the United States, and here in San Diego. Why would they not aim here, at Hawaii, Guam, our major naval bases?” Rep. Duncan Hunter, a Republican Congressman from California who sits on House Armed Services Committee, said Thursday during an appearance on San Diego television station KUSI, my former colleague, Joshua Stewart of the San Diego Union-Tribune reported.

Hunter is not alone—in a recent Gallup poll, some 82 percent of Republicans said they would favor military action, especially if the United States cannot peacefully reach its objectives against North Korea. Moreover, even an overall majority of the population would support military action as a last resort.

One possible reason for the American public’s faith in the military option is that they might not believe that North Korea has the ability to target the U.S. mainland. Indeed, many senior leaders in the Pentagon do not believe that North Korea has a fully operational ICBM complete with a miniaturized nuclear device small enough to fit inside a working reentry vehicle just yet—though intelligence estimates suggest that they are very close. However, the United States has consistently underestimated Pyongyang’s technical capabilities.

However, there is little reason to doubt North Korea’s claims after its July 28 ICBM test. Jeffrey Lewis, Director of the East Asia Nonproliferation Program at the James Martin Center for Nonproliferation Studies at the Middlebury Institute of International Studies at Monterey, said that Pyongyang claims to have tested miniaturized nuclear bomb last September in 2016.

“They claim they tested it in September.  I believe them,” Lewis wrote in a Tweet earlier this year.

Nonetheless, despite the danger, tensions between North Korea and the United States seem to be in what could be described as an escalatory spiral. Unfortunately, with two nuclear-armed rivals, such an escalatory spiral might not end well for the planet. In fact, the situation is extremely dangerous and could get much worse very quickly.

What is required is for cooler head to prevail—unfortunately those cooler heads are nowhere to be found at this point.