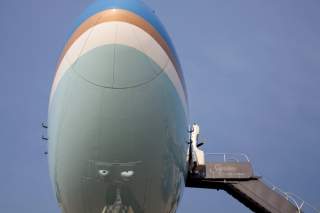 This weekend, U.S. President Barack Obama will make a historic visit to Malaysia as part of his four-country, eight-day trip to Asia –a do-over of a regional tour he missed last October due to a government shutdown. While his visit, the first by a U.S. president in nearly half a century, is an occasion to cement cooperation with an emerging American partner, it is also an opportunity to speak honestly with Malaysian officials about the differences both countries have and to address the Malaysian people more generally in light of the country’s troubling domestic politics.

In 1966, when then U.S. President Lyndon Johnson visited Malaysia, the country was touted as a model nation which had successfully defeated a communist insurgency and embarked on the road to economic development. Secretary of State Dean Rusk, in a memo to the president prepared before the trip, called Malaysia “something of an economic and political showpiece in Southeast Asia.” Johnson himself, in a glowing tribute to the country at Subang International Airport, called it “a model of what may be done by determined and farsighted men in Southeast Asia and in other parts of the world.”

Nearly half a century later, Obama will have a harder time uttering those same platitudes with a straight face. True, Malaysia’s embattled prime minister, Najib Razak, has tried to reform the country and promote better ties with Washington in spite of the numerous domestic obstacles he faces. But Najib’s loss of the popular vote in controversial elections last May, his subsequent backtracking on several economic and political reforms, and the recent sentencing of opposition leader Anwar Ibrahim for sodomy, have undermined the Obama administration’s narrative of Malaysia as a moderate Muslim country and successful democracy. Hence, Obama faces a tough balancing act in consolidating cooperation with a key partner in the U.S. rebalance to the Asia-Pacific while also engaging the Malaysian people, a majority of whom may not support the government. Failure to strike the right chord risks either undermining potential bilateral cooperation that would promote American interests or losing credibility among a younger generation of Malaysian voters for not living up to the values the United States espouses.

The administration’s narrative for the trip focuses on highlighting Malaysia’s credentials as a moderate Muslim-majority and successful democratic state as well as potentially elevating bilateral ties “to a new stage”, as U.S. deputy national security adviser Ben Rhodes put it in a briefing last Friday. Statements like these from the Obama administration usually indicate the attempted signing of a ‘strategic partnership’ of some sort which formally institutionalizes and structures the existing relationship – something that Washington has already successfully pursued with other key countries in the region like Indonesia and Vietnam as it pursues its rebalancing strategy in the Asia-Pacific.

Forging such a partnership with Malaysia is a logical step in spite of the difficulties it entails. For all its limits, Malaysia is an important country striving to be both a developed nation by 2020 and an emerging middle power in the region and the world. Aside from its strategic location along the Straits of Malacca, which carries around 40 percent of the world’s trade, its role as a leader in the Association of Southeast Asian Nations (ASEAN), a mediator in disputes in southern Thailand and southern Philippines, and a global innovator in Islamic finance, are no small feats for a country of 30 million people. Malaysia’s international involvement is also set to increase in the following years with its chairing of ASEAN in 2015 – a critical year in the advancement of the ASEAN Economic Community – an added emphasis on its role in the Global Movement of Moderates (GMM), and a potential seat as a non-permanent member of the United Nations Security Council (UNSC). To be sure, there is no shortage of troubling domestic trends in Malaysia that may undermine or even contradict these foreign policy aspirations, including the rising intolerance against non-Muslims, the crackdown on the opposition using state institutions, and the aversion of hardliners in Najib’s own party to reform and moderation. Nonetheless, the United States has an opportunity to support this vision for Malaysia and to hold its leaders accountable for it.

Furthermore, the United States and Malaysia already have a robust relationship which has strengthened significantly under Obama and Najib. Najib, with the help of his ambassador Jamaluddin Jarjis, took a series of bold first steps to boost U.S.-Malaysia ties early on, including tightening export control laws, sending non-combat personnel to Afghanistan and joining the Trans-Pacific Partnership (TPP) negotiations. While U.S.-Malaysia economic ties have been quite strong (Washington is now Malaysias fourth largest trading partner and its biggest foreign investor), the relationship has recently strengthened in other realms, whether publicly in the people-to-people dimension through an expanded Fulbright program or more quietly in the security sphere with greater intelligence sharing and naval visits, partly due to Malaysia’s growing anxiety about Chinese assertiveness in the South China Sea. Given this record of cooperation, it makes sense to try to both expand it as well as to formalize its various elements through institutionalized dialogues and working groups. Furthermore, enhancing cooperation with an emerging partner does not mean that both sides agree on all issues, or that differences cannot be honestly expressed.

The key caveat, though, is that President Obama needs to make these differences clear both in public and in private, and that he must do so in a calibrated manner. On the one hand, the leader of the free world cannot sidestep thorny democracy and human rights issues in a country where the majority of the population voted against the current government. As Joshua Kurlantzick at the Council on Foreign Relations rightly noted, that would not only disappoint young Malaysians but also play into a narrative that the Obama administration is paying little attention to these issues in Southeast Asia at a time when several countries, including Cambodia and Myanmar, are going through important transitions. On the other hand, however, heavy-handed criticism of the government could sink the visit and more importantly stifle potential bilateral cooperation that is vital to realizing U.S. interests in the region. This is not just an existential concern. When then U.S. vice president Al Gore visited Malaysia in 1998 and rebuked the Malaysian government in a public speech, the entire visit turned sour as Malaysian ministers roundly condemned his conduct and his comments eclipsed the announcement that the United States and Japan would jointly provide $10 billion to help countries weather the Asian financial crisis.

The White House at least seems to be trying to get this delicate balance right, though the devil will ultimately be in the details. In addition to a state dinner, a visit to the National Mosque and a working visit with Najib, President Obama’s itinerary reportedly includes a town hall event and speech at the University of Malaya as well as interactions with civil society leaders. The civil society leaders have so far remained unspecified, though the town hall event seems promising as it brings together youth from all ten ASEAN countries to launch a broader U.S. initiative to engage with young Southeast Asian leaders. Obama will not see Anwar himself, which will disappoint many who claim that the opposition is more representative of Malaysian aspirations than the ruling party. But national security adviser Susan Rice also indicated during the trip briefing at the White House last Friday that there may be “other engagements at other levels”. And while there is little to suggest that Obama will publicly criticize Malaysia’s political system the way Gore did, he is expected to at least address these issues publicly in some way. One would also hope that he will use his legendary chemistry with Najib to not just exchange pleasantries but to raise American concerns about troubling domestic developments.

Of course, no U.S. presidential visit can satisfy all Malaysians regardless of how delicately the White House treads. U.S.-Malaysia relations have been turbulent in the past amid disagreements on economic policy, human rights and U.S. foreign policy in the Middle East, and lingering distrust along with current discontent means that protests and conspiracy theories will periodically surface as people vent their frustration and the Malaysian government reacts to it. Ludicrous conspiracies about the Central Intelligence Agency’s (CIA’s) role in the disappearance of MH 370 and the 9/11 attacks were published in a government newspaper, while around 100 Malaysian Muslim activists protested outside the US embassy last week, a sneak preview of a planned demonstration of “several hundreds” the embassy expects on Friday.

This should not detract from the main objective of Obama’s Malaysia visit, which is to both exploit the opportunities in cooperating with an emerging power in an important region while also addressing the challenges it faces both domestically and in its relations with the United States. It is a tough balancing act for the president, and one that Malaysians will be watching very carefully.

Prashanth Parameswaran is a PhD candidate at the Fletcher School of Law and Diplomacy, Tufts University and a Pacific Forum CSIS non-resident fellow now based in Washington, D.C. He has previously worked on Southeast Asia at several think tanks including the Center for Strategic and International Studies (CSIS). You can follow him on Twitter at @TheAsianist.