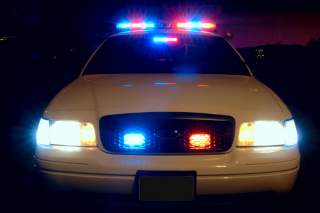 In July 2007, the elected board of a growing county in Northern Virginia adopted a controversial resolution requiring the police department to partner with the federal government to help deport illegal immigrants.

Corey Stewart, the Republican elected the year before as chairman of the Prince William Board of County Supervisors, ran on a platform of stricter immigration enforcement during a time of economic anxiety.

“The main purpose of the resolution was to remove criminal illegal aliens so they couldn’t commit crimes, and to reduce illegal immigration to Prince William County,” Stewart recalled in an interview with The Daily Signal.

Before 2007, Prince William, a county of about 450,000 today, experienced dramatic growth in the number of foreign-born residents.

Most of these recent arrivals were Latino, a segment of the total population that almost doubled from 11.5 percent in 2000 to 21.9 percent in 2006.

The debate over the immigration enforcement measure, amplified by demonstrations and phone and email campaigns to sway the eight county supervisors, ended with a 15-hour board meeting.

More than 100 people testified before board members, delaying the vote, The Washington Post reported. Prince William’s supervisors, including six Republicans and two Democrats at the time, approved the measure unanimously.

Prince William’s policy, as originally implemented in March 2008, required police to inquire about the immigration status of anyone officers encountered who they suspected to be in the country illegally, including people stopped for traffic tickets, for instance.

The Obama administration shunned policies like this one, which were authorized through the use of a program known as 287(g) that permits local and federal immigration partnerships.

The George W. Bush administration had expanded the use of 287(g) agreements—named for the section of the Immigration and Nationality Act of 1996, signed by President Bill Clinton, that created them.

In President Barack Obama’s second term, however, his administration curtailed the 287(g) program, citing investigations and court rulings that found local officers in some jurisdictions had engaged in racial profiling when enforcing immigration law.

The most high-profile case was in Maricopa County, Arizona’s most populous county, where a federal judge ruled in May 2013 that Sheriff Joseph Arpaio’s policy discriminated against Latinos.

But today, as part of its own effort to strengthen immigration enforcement, the Trump administration is seeking to encourage and expand the use of 287(g) agreements.

As local politicians and law enforcement agencies decide whether or how to act on Trump’s call for help, observers say Prince William’s experience can be instructive on how to make a successful partnership that balances community and security concerns.

After pushback from the police chief at the time, Charlie Deane, who worried about diverting resources from normal operations to immigration enforcement and harming public trust, the board of supervisors suspended the policy at the end of April 2008.

Under the change, police officers could inquire about immigration status only after arresting someone and taking him or her to the county jail—not during interactions on the street before making an arrest.

“Prince William County took a moderate, down-the-middle approach and avoided the controversy,” said Randy Capps, the director of research for U.S. programs at the Migration Policy Institute, who helped write a study of 287(g) programs that included Prince William County.

“That’s an interesting contrast with other police departments and sheriff’s offices, and it shows that for this to work, it has to be somewhat reflective of local concerns,” Capps told The Daily Signal. “We have a tradition in the U.S. of local control over policing, and that will mean variations in policing when it comes to immigrants.”

Stewart, who served as Trump’s campaign chairman in Virginia, had fought scaling back the county’s policy of enforcing immigration law.

But today he credits the change with helping reduce serious crimes in Prince William County, such as aggravated assault—which declined 27 percent after announcement of the original policy in July 2007—while also respecting residents.

According to a University of Virginia report from 2010, no one made a substantiated claim of racial profiling related to the immigration enforcement program. Stewart says that is still the case.

“I opposed the change at the time, but at the end of the day, it was good,” Stewart told The Daily Signal, adding:

Federal immigration authorities need to be able to leverage local law enforcement to do the job of removing criminal illegal aliens. To do these things right, you have to make sure the community understands you are not racial profiling, but you are targeting illegal aliens who commit crimes. I learned there is a PR element which was very, very hard. Because one bad case of racial profiling can undo the whole thing.

At the peak of the 287(g) program’s use, in 2008, more than 60 local law enforcement agencies across the nation had agreements with the federal government, including three dozen that allowed for street-level enforcement.

In street-level agreements, known as “task force” models, police officers and sheriff’s deputies could inquire about a person’s immigration status when they encountered him or her during routine patrols—as under Prince William’s original policy.

Jessica Vaughan, director of policy studies for the Center for Immigration Studies, said 287(g) agreements at one point were responsible for nearly 20 percent of all criminal deportations by ICE.

Today, ICE has 37 agreements in 17 states, but law enforcement agencies administer all of them in local jails, not in the streets.

That’s because Obama’s administration decided in 2012 to end street-level agreements, meaning that trained local police may question people about their immigration status only after booking and jailing them.

“The jail models are the ones that are most useful to ICE just because of the sheer numbers [of deportations] they generate,” Vaughan said, adding:

But the task force models canceled by Obama were extremely useful to local agencies, in some cases, at addressing specific crime problems. The Obama administration’s suppression of this program has contributed to the steep drop in interior enforcement.

In the Trump administration’s implementation memos, the Department of Homeland Security does not specify whether street-level agreements will be made available again to local agencies, although it leaves open the possibility.

“It is the policy of the executive branch to empower state and local law enforcement agencies across the country to perform the functions of an immigration officer in the interior of the United States to the maximum extent permitted by law,” the memos say.

In addition to restricting the 287(g) program, the Obama administration narrowed the categories of illegal immigrants targeted for deportation to convicted felons, national security threats, and recent arrivals.

By the end of Obama’s eight years as president, the administration didn’t consider around 90 percent of the country’s estimated 11 million illegal immigrants a priority for deportation, the Migration Policy Institute determined.

Interior removals—deportations of illegal immigrants who are not residing at or near the border—decreased by 71 percent during Obama’s presidency, from 237,941 in fiscal 2009 to 69,478 in fiscal 2015, according to ICE data.

The Obama administration had instructed local law enforcement officials to follow the narrow priorities set by the federal government. However, the Migration Policy Institute found that some jurisdictions did not always follow that direction, and sought to have ICE deport “nearly 100 percent of potentially removable immigrants they encounter.”

Trump’s orders, by contrast, instruct federal immigration officers to deport not only those convicted of crimes, but also those who aren’t charged but are believed to have committed “acts that constitute a chargeable criminal offense.”

“The No. 1 limitation of the ability to remove people from inside the United States is finding them,” said Theresa Cardinal Brown, director of immigration policy at the Bipartisan Policy Center and a former policy adviser at the Department of Homeland Security.

“Trump is expanding the net of people who are removable, but a few thousand ICE officers don’t have such a great chance of encountering them, especially in small jurisdictions,” Brown told The Daily Signal. “Criminal aliens, or those suspected of crimes, are much more likely to encounter state and local police. It’s up to the localities to decide how to follow Trump’s guidance. There’s always friction because there’s different priorities at different levels of government.”