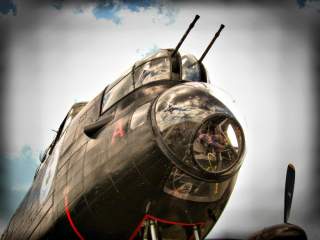 Nazi Germany was defeated largely – though not solely – by the Soviet Union.

But what if Nazi Germany and the Soviet Union had been allies instead of enemies? What if America, Britain, and their allies had faced a massive Red Army backed by the military prowess and technological sophistication of the Luftwaffe, Nazi panzers and U-boats?

That apocalyptic vision of a new Dark Ages almost happened. In the early days of World War II, Britain and France planned to bomb Russian oil fields. The goal was to impede Hitler. The outcome would probably have helped Hitler win the war.

The idea was foolish, but not irrational. By late 1939, Britain and France were convinced that Germany and Russia were already friends. Stalin had tried hard to form an anti-Nazi coalition before the war, only to meet such resistance and hesitation that he became convinced that the capitalists were plotting to embroil Germany and Russia in a mutually exhausting war while the West stayed on the sidelines.

(Recommended: How Japan Could Have Won World War II)

While London and Paris dithered over whether to ally with the Communists, Berlin had no such hesitation: on August 23, 1939, Germany and Russia signed the Molotov-Ribbentrop Pact. Russia gained Eastern Poland and the Baltic states, a prospective breathing space to build up its military strength, and the prospect that Germany and the Western powers would exhaust themselves while Russia bided its strength.

Yet the real winner was the Fuhrer. The treaty left the Third Reich free to gobble up Poland and Western Europe without fear of a second front in the East. Just as important, the Soviets agreed to supply vital raw materials – especially oil – to the Third Reich, keeping the German war economy running and breaching the Allied naval blockade that had proved so decisive in World War I.

In Allied eyes, the Soviet Union had changed from Germany's nemesis into Germany's ally. So why not strike the Soviet Union and kill two birds with one stone? Perhaps there was also the frustration of the sitzkrieg, as Allied armies sat impotently behind the Maginot Line while the Germans overran Poland and Scandinavia. Bombing Russia must have seemed easier than confronting the German army on the battlefield.

Thus was born Operation Pike. Flying from Allied bases in Iran and Syria, as well as neutral but anti-Soviet Turkey, more than a hundred British and French bombers would continuously attack Soviet oil fields in the Caucuses in a night strategic bombing campaign. This was more than idle planning. Unmarked British reconnaissance planes flying from Iraqi airfields actually photographed oil installations at Baku and Batumi in March 1940.

Allied air planners were confident this would be a mighty blow. We know now that it would have been a joke. British night bombing efforts in 1940-41 was so inaccurate – only a handful bombs landed within miles of their target – that the Germans hardly noticed them. Even in 1944, thousand-bomber Royal Air Force night raids, supported by the most sophisticated radar and navigation technology of the time, drop their loans on entire German cities because they could not destroy pinpoint targets.

As the Germans proved, bomb-damaged facilities could be restored with remarkable speed. A 1944 Lancaster bomber carried 7 tons of bombs; a 1940 Blenheim only half a ton. Only the deepest hubris – which indeed afflicted strategic bombing enthusiasts throughout World War II – could make anyone believe that a hundred primitive early-war bombers could devastate the Soviet oil industry.

Patrick Osborn also points out, in his book "Operation Pike," that Allied intelligence concluded that Russian oil only comprised a small part of Germany's fuel supply (much of which actually came from Romania). "The important thing here is not the accuracy of the British intelligence reports but that British and French leaders alike were willing to overlook them in order to pursue their idea of attacking the USSR in order to bring under the feet of Germany: the principle of killing two birds with one stone' taken to ridiculous links."

In any event, fortune, or rather misfortune, saved the world. In May 1940, German panzers smashed through the Low Countries and into France. Six weeks later, France surrendered. Operation Pike was not to be. Except that, as Hitler's armies appeared on the verge of seizing the Caucasus oil fields in 1941-42, Britain still made plans to bomb the oil facilities should the Soviets fail to demolish them before they were captured. Interestingly, the British seemed willing to do battle with Soviet fighters to accomplish this goal.

Ironically, as Osborn notes, instead of harming Germany, the bombing would have weakened the Soviet regime that was the bulwark of the coalition fighting the Nazis. "Someone would have had to have filled the power vacuum if Stalin's government collapsed; that in all likelihood would have been Hitler."

However, the real what-if would have come in the summer of 1940. If Operation Pike had been launched prior to the surrender of France, then the British government would have faced the prospect of fighting a Nazi-Soviet alliance, with no French ally and the United States still withdrawn behind its walls of isolationism. Some British leaders, such as Lord Halifax, had favored making some kind of peace deal with Hitler. If Britain had also been at war with the Soviet Union, perhaps not even diehard Winston Churchill would have had the stomach to continue fighting what would have seemed like a hopeless war.

Of course, even if Allied bombing had brought Hitler and Stalin together, the romance would have been doomed. Two predators greedily devouring other prey would inevitably have turned on each other. Nonetheless, Operation Pike might have changed the history of the world.

Luckily, the world never had a chance to find out.