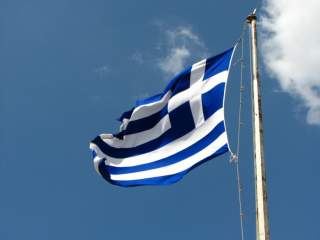 The Greek people have delivered a resounding ‘no’ in the referendum, but the tragedy is still unfolding. It will take some time for the implications to evolve, but it’s hard to see how the vote helps achieve a resolution. The Greek people want to stay in the euro but don’t want austerity. The European negotiators and the IMF have neither the inclination nor the wiggle-room to agree. With the Greek banks closed, time is pressing. Leaving the euro would be hugely disruptive. Staying in the euro means a continuation of the failed policy of austerity. Thus Greece is in for a hard time. But how important is this for the rest of us?

Disruption in Greece doesn't help Europe's lackluster recovery, but it's not big enough to do substantial harm—Greece is less than 2% of Europe's GDP. Moreover, most of the damage has already been done, notably in 2010 when the unfolding Greek crisis diverted budget policies in the advanced economies from expansion to austerity, thus derailing the post-2008 recovery.

The peripheral countries (Spain, Italy, Ireland and Portugal) that seemed so vulnerable to contagion when the crisis began in 2010 may have their financial markets tested, and the drama queens of financial markets will do their best to turn this into another opportunity for profit-making market volatility. But there is not enough substance here to keep such disruption going for long. The European Central Bank has the ability and means to handle any financial fall-out.

Some see this as the beginning of the end for the euro experiment. With Greece staring at departure, will others follow and the euro disintegrate into national currencies? This outcome would be some kind of wish fulfillment for the euro-skeptics who dominate the UK press. But for all its challenges (past and future), the core countries of the euro have built up massive synergies and benefited enormously, both economically and politically. The degree of integration now accomplished will not be abandoned lightly. Greece was always an outlier, a misfit in economic structure and maturity. The parting would be painful, but will not unravel the euro.

Greek public debt is not insubstantial (the part owed to Europeans is conservatively estimated at 3.3% of the Eurosystem's GDP), but almost all is now owed to governments or international agencies, which can wear the losses without dramatic impact on their economies. The IMF has already asserted (rather boldly) that “the IMF's shareholders will not suffer losses.”

What are the economic lessons? Countries can run budget deficits, overly generous pension schemes, and large external deficits for decades if foreigners provide the funding, but there is no free lunch. Unsustainable policies eventually stop and the longer countries have been off-track, the longer it will take to fix. Living standards can't rise if productivity remains low. Incompetent and sometimes corrupt governance might get by when the economic climate is benign, but can't cope when problems arise.

These are the old lessons. What are the new ones?

There is a melancholy message about the political-economy of decision-making: even when there is a better path for crisis resolution available, politics can sometimes push events down a worse path, which none of the participants wanted. When the current Greek Government was elected early this year, there was an opportunity for a fresh start based on mutually held objectives. There was unanimity among the negotiators that staying in the euro was desirable. There was a common recognition that Greece could not repay its government debt (even after the 2012 restructure), although the creditors were politically constrained from acknowledging this in public. Similarly, there was implicit understanding by all that the austerity package imposed in 2012 needed to be softened.

Skillful negotiators would have found a formula to put the debt to one side, thus opening up the opportunity to shift from the budget austerity required to repay the debt towards a more growth-oriented policy package, emphasizing the medium-term nature of the reforms needed.

This would have created an outcome all parties could accept: the debt would not be written off but would be extended, with modest payments in the near-term. This would not only suit Greece, but would have allowed a continuation of the fiction in the creditors' balance sheets that the debt was worth its face value. Greece would have shifted from an austerity strategy to one that addressed structural problems, but at a pace that allowed growth. Greece's feet needed to be held to the fire, but reform takes time when structural problems are so entrenched.

Alas, the negotiators did not have these skills. Just who let down the side will be hotly debated, but it looks like all parties were to blame, with the possible exception of the European Central Bank.

We will learn more about the mistakes of the European Commission and Greece as each participant attempts to shift the blame over coming months. But one thing is clear already: the International Monetary Fund played its cards badly and has lost both prestige and credibility. The Fund should not have become involved in the first place. This was a matter for the Eurosystem to sort out, just as federated states such as the U.S. or Australia would resolve state debt without calling in the Fund.

Dominique Strauss-Kahn, the Fund Managing Director at the time the crisis began, wanted to restore the waning influence of the Fund and perhaps burnish his own political ambitions in Europe. Instead, the outcome has been to demonstrate the Fund's weaknesses:

-Its Euro-centric governance structure over-rode its own rules and precedents to achieve a support program, which at the time suited Europe.

-It was unable to orchestrate a timely bail-in of excessive private-sector debt in 2010 (thus allowing the private-sector creditors to get off too lightly), or arrange a subsequent realistic restructuring of sovereign debt.

-Its forecast of Greek GDP in the face of budget austerity was, as usual with these support programs, hopelessly optimistic.

-It forgot the lessons of the disastrous Indonesian 1997-98 support program. The Fund's detailed involvement in the politically sensitive Greek pension reform seems to be on a par with its insistence on Indonesian petrol-price increases during the fraught political circumstances of 1998. The prerequisite for competitiveness reforms is reminiscent of the Fund's requirement to dismantle the Indonesian clove monopoly two decades earlier.

So much for the economics. Much less has been said about the strategic politics of what is unfolding. Greece's small size keeps the global economic consequences manageable but the same can't be said within the strategic context, where small problems can have large ramifications: 'For want of a nail, the battle was lost'.