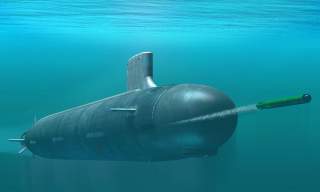 Indeed, challenges cited in 2010 indeed continued to get greater as Navy combatant Commanders consistently report an inability to meet request due to a limited amount of assets.

The Force Structure Assessment also calls for an increase in the amphib fleet from 34 up to 38. Navy and Marine Corps officials explain that the greater use of amphibious assault ships is likely as the Marine Corps continues to shift toward more sea-based operations from its land-based focus during the wars in Iraq and Afghanistan. At one point, the previous Marine Corp Commandant told Congress that it would likely take as many as 50 amphibious assault ships to fully accommodate commanders’ worldwide need for amphibs.

Senior Navy leaders have told Scout Warrior that the Navy plans to reach 38 by the late 2020s, a number well short of the 50 needed to complete current operations.

Former Congressman - Rep. Randy Forbes, R-Va., Chairman of the HASC Seapower and Projection Forces Subcommittee – was among a group of Congressional Republicans calling for a larger Nay Fleet during the previous administration.  Among other things, he said that the Navy was able to meet 90-percent of the combatant commander's requirements in 2007, a number which wound up dropping to nearly half in future years.

Forbes, who has previously authored several op-eds recently about the growing importance of seapower and force projection in coming decades, was concerned that there may be a budget shortfall when it comes to allocating funds needed for shipbuilding.

In a special written statement to Scout Warrior last year, Forbes called the Navy's interest in a larger fleet a "welcome" development – at that time.

He cited the findings of the 2010 independent panel: