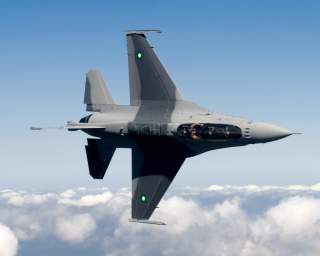 The possibility of Pakistan, a non-Arab South Asian country becoming embroiled in Yemen’s civil war is very high, as Saudi Arabia has been leaning heavily on Pakistan to join its military coalition there.

Pakistani involvement could include the deployment of land forces. There are already hundreds of Pakistani troops in Saudi Arabia conducting joint exercises with Saudi forces and Pakistan has voiced support for Saudi airstrikes in Yemen.

Explicit Pakistani involvement in Yemen could be dangerous for it, both militarily and politically. Although Pakistan’s population is majority Sunni, unlike Saudi Arabia or Iran, Pakistan was not founded on the basis of any particular understanding of Islam. Rather, Pakistan was founded on the more general basis of Islam as a whole, in order to serve as a homeland for South Asia’s Muslims, whether Sunni or Shia. Around a fifth of Pakistan’s population, or some 30-40 million people, are Shia, giving it (or neighboring India) the second largest Shiite population in the world outside of Iran.

If Pakistan were to get involved in Yemen, its involvement could inflame tensions between Sunni and Shia at home in Pakistan as its involvement could be interpreted as a sign of the state leaning explicitly toward Sunni Islam, despite many of its important figures, including its founder, Muhammad Ali Jinnah, being Shia.

As it is, the situation for religious minorities in Pakistan is already getting worse and Sunni militant groups frequently carry out attacks against Shia, Ahmadis, Hindus, Sikhs, and Christians with impunity.

Furthermore, Pakistani involvement in Yemen could squarely place it in the Saudi-led Sunni camp of Muslim countries arrayed against Iran.

Although the conflict between Iran and Saudi Arabia originated as a contest for supremacy in the Middle East, both sides have used sectarianism to their advantage. This could inflame Pakistan-Iranian tensions and get Pakistan involved in a broader Sunni-Shia conflict.

Joining a coalition designed to combat Iranian influence would be against Pakistan’s interests and its traditional policy of balancing between Tehran and Riyadh. After all, Pakistan shares a border with Iran and not Saudi Arabia. A prominent opposition politician in Pakistan said that  “given our close ties to both Saudi Arabia and Iran and our own internal sectarian terrorism, Pakistan simply cannot afford to get embroiled in any Shia-Sunni conflict in the Gulf and Middle East regions. Pakistan must stay strictly neutral.”

From a military point of view, Pakistani involvement in Yemen could also be disastrous, or it could at least bogged down in a country where it has no direct interests. Iran has said that Yemen will be a graveyard for Saudi agents and certainly, its long, bloody history proves that it is “near impossible to govern.” Yemen’s highlands, like those of Afghanistan, are hard to control and attempts by the Ottomans, British, and Egyptians to intervene there were all unsuccessful. Pakistani involvement in Yemen could also bring it into confrontation with the Islamic State; Pakistan really doesn’t need another militant group to fight. At home, Pakistan’s military is already overstretched fighting the Taliban and being vigilant against India, which Pakistan’s military establishment delusionally thinks is out to destroy their state.

(Recommended: Pakistan Wants 'Battlefield' Nukes to Use against Indian Troops)

Yet despite these all these risks, Pakistan could very well still intervene in Yemen. The reason is because Pakistan is heavily—many would say unduly—influenced by Saudi Arabia.

Pakistan’s Prime Minister, Nawaz Sharif, and other senior figures headed to Saudi Arabia on Tuesday for consultations with Saudi Arabia’s King Salman. Although Pakistan has not yet promised to intervene in Yemen, it has guaranteed Saudi Arabia’s security and territorial integrity should the Houthis (or presumably the Islamic State, Iran, or whoever else) invade Saudi Arabia.

Sharif’s office said in a statement on Tuesday that “Pakistan holds Saudi Arabia in very high esteem and considers the security of the holy land of utmost importance….Any violation of the territorial integrity and sovereignty of Saudi Arabia would evoke a strong reaction from Pakistan.” Nawaz Sharif is widely believed to be beholden to Saudi Arabia, which offered him sanctuary after he was overthrown in a 1999 coup by General Pervez Musharraf.

Despite a host of strategic reasons and domestic opposition, Pakistan may very well cast its lot with Saudi Arabia soon. Its relation with Saudi Arabia is too beneficial to snub, while Pakistan does not reap anywhere near the same level of benefits from Iran that it does from Saudi Arabia. This would make it difficult for Pakistan to remain neutral for long in Yemen. Changing geopolitical arrangements in the region could push Pakistan to shore up one relation it can count on. A direct Saudi intervention in Yemen, presumably with Pakistani and Egyptian military forces would plunge several of the region’s powers into all out war, after which there would be no turning back. For Pakistan, such a decision would be the crossing of a Rubicon: it would be hard to turn back. Despite these risks, Pakistan is increasingly making it more likely that it will intervene in Yemen and do Saudi Arabia’s bidding, as it is already sending more troops to Saudi Arabia.